Read Also:Here’s How Long You Would Survive On Different Planets Without A Spacesuit

1. Shut Up and Listen

Psychology is a funny thing. You’ll be shocked to learn that most arguments arise simply because you are operating at different wavelengths than your counterparts. To calibrate your frequencies, simply shut up and listen.

You’ll learn more about their stupidity and save hours of time wastage than if you kept arguing just to win the argument.

You’ll also learn about their weaknesses, therefore you’ll know where to press the button.

2. The Magic of Giving Help

You can instantly get a total stranger to like you by offering them help. No one refuses help. Anyone that refuses help is not normal. Just think of something you can do for them, like cleaning their briefcase, buying them lunch, offering them some sweets, or brushing their shoes.

For this to work well, the value of the proposition must be high.

This works only if you want something valuable from the person, like a job, a business deal, a partnership, a relationship, or a friendship.

3. Capitalize on The Weaknesses

All human beings have strengths and weaknesses. Knowing how to capitalize on these is the secret to success. Capitalizing on human weaknesses is more effective than their strengths.

You can more easily get someone to buy something they would otherwise refuse if you can identify their pain-point. If you learn that they’re going through some pain, then intensify the pain of not having it, and create a sense of urgency for them to strive to have it.

For example, if they need it badly, you can get them to buy immediately, by introducing the urgency that only a few items remain, and many people have placed an order. First come, first served kind of thing.

To find out if someone wants to buy something badly, just mention the thing several times. If they gulp in saliva rapidly, you know for sure the person really wants the thing badly.

Continue talking about the thing or tell an interesting story about it. If they start asking questions, you know that they want the thing badly. Continue by answering the questions carefully without selling, and next, the person will be asking about the price.

Selling is all about psychology. Don’t waste time selling the right thing to the wrong person. To find out if the person is the right customer, don’t spend more than 5 minutes explaining something.

Don’t even talk about the benefits. Instead, inflict fear on the person for not having it. And invoke jealousy by talking about someone they know who bought it. If they show real interest, they will take you through the routine of questions and answers.

If they’re interested and are not sure whether to buy, take their phone number and move on. Don’t beg. That will send the right signal that what you’re selling has integrity and that you have no time to waste.

To know whether a person you’ve just met likes you, quickly look behind you after you have parted. If they’re also looking back and your eyes meet, just wave, and they’ll also wave back.

You’ll definitely know that you should meet again. If they don’t look back, don’t even bother calling them on phone. They have someone else in mind, and to them, you were just another good riddance.

If you want a more effective method to get someone’s attention and they’re not responding quickly, write it boldly on a piece of A4 paper with a brief message like “I love you”.

8. How to Deal with Obnoxious People

If you want someone who is noisy and obnoxious to shut up, look at a point just above their head and maintain your gaze. Most definitely, they’ll follow your gaze, and on realizing that there’s nothing to see, they’ll cut short their story and assume that you were probably rude.

Then they’ll probably get angry and shut the hell up. Nobody knows how to tell a story while they’re angry.

9. Make Your Enemy Submit to You

Controlling your enemy or reining in a bully takes guts. The best way to control your enemy psychologically and make them get really mad at you is to look closely at their face and explode with laughter right in their face.

10. Use the Power of Praise

If there’s something everybody loves it is praise.

Most of the time people want praise more than they want money. By praising people, you can win favors or get them to do a ton of things for you for free.

Everyone wants praise. The easiest way to make someone do something for you is to make them feel they are the best at it. Psychology works the same way as when you give something for free. They feel that they should return the favor by giving you a free service.

11. Find out if Someone is in Love with You

To know whether a person has really fallen in love with you, they’ll definitely look at you while you’re not looking. If you were talking, continue doing that and pretend you didn’t notice.

When you’re together in private, open up and tell them how you feel about them. They’ll most definitely respond with embarrassment but show them “I got ya”.

Play down the embarrassment and instead, propose a date. If you don’t like them, then don’t lead them on. Cut the chase and move on without another word.

Eyes are a gateway to the soul. Eyes can probably reveal more about a person than body language or any other part of the body. They can tell you if a person is honest, is a thief, or a liar.

They can even tell you whether a person is in love with you or is just flirting with you. Look into a person’s eyes directly, focusing on the iris and the pupil as if you’re trying to drill into the retina.

If the person is insincere, a thief, or a liar, they’ll feel uncomfortable and their eyes will shift after only a few seconds. If the person’s pupil expands, then the person is trying to let in more light into the retina in order to get a good view of you. In that case, they’re probably just more than interested in you.

If the eye pupil contracts, then are on the lookout. They’re probably sizing you up and trying to send a message that they don’t trust you, and therefore they don’t like you. 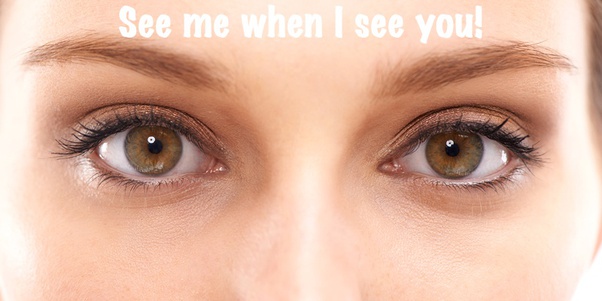