There are just so many unsolved mysteries in the world. To pick out a few: 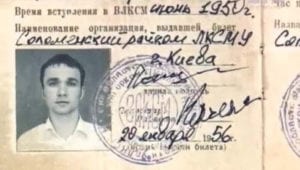 In 2006, a man named Sergei Ponomarenko was found wandering in Kiev, Ukraine. His clothes were about fifty years out of fashion and he carried an old model camera which appeared brand new. The authorities were dumbfounded by his documents, issued to him decades before Ukraine gained its independence from the Soviet Union. He said he was taking pictures of a strange object in the sky, which was in the shape of a bell. The next thing he knew, he was lost in a capital city which he no longer recognized. When the authority developed the film from his camera, the negatives contained markings that prove it was manufactured in 1958 and the photos appeared to match this time period. The last exposure was of the bell-shaped UFO reported by Ponomarenko.

Somehow Sergei escaped the custody of the authorities even though he was being held in a room with iron bars on the window. The police were alerted to apprehend him on sight but they never got the chance. However, the police kept on investigating and confirmed that indeed during the era of the Soviet Union this man existed and that he was declared disappeared in 1960. Also while Sergei was in their custody, they obtained the pictures of a young woman who must have been the girlfriend from his camera, whose name was Valentine Kulish. When they finally tracked her down, they came face to face with a woman who looked much older than her photograph, being a grandmother 74 years of age. Valentine confirmed that Sergei did vanish for one week. When he returned to her, he refused to explain his absence.

2. The Mystery of Mel’s Hole 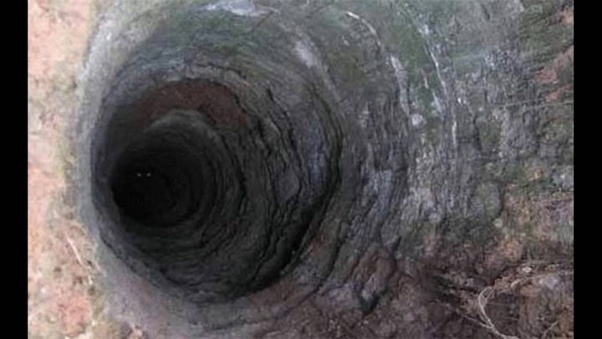 The legend of the bottomless hole started on February 21, 1997, when a man identifying himself as Mel Waters appeared as a guest on Coast to Coast AM with Art Bell. Waters claimed that he owned rural property nine miles west of Ellensburg in Kittitas County, Washington that contained a mysterious hole. According to Waters, the hole had an unknown depth of at least 80,000 feet. Waters claimed that his neighbor’s dead dog had been seen alive sometime after it was thrown into the hole. Waters claimed to have measured the hole’s depth using fishing line and weight, although he still had not hit bottom by the time he had used 80,000 feet of line. According to Waters, the hole’s magical properties prompted US federal agents to seize the land and fund his relocation to Australia.

The exact location of the hole was never made public, yet several people claimed to have seen it. Local news reporters who investigated the claims found no public records of anyone named Mel Waters ever residing in, or owning property in Kittitas County. According to the State Department of Natural Resources geologist Jack Powell, the hole does not exist and is geologically impossible. A hole of the depth claimed “would collapse into itself under the tremendous pressure and heat from the surrounding strata,” said Powell. Powell said an ordinary old mine shaft on private property was probably the inspiration for the stories and commented that Mel’s Hole had established itself as a legend “based on no evidence at all”. 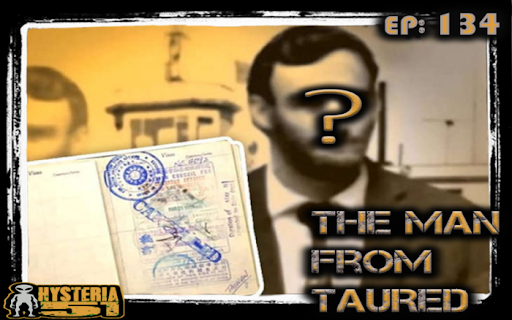 It was July 1954 when a well-dressed man arrives at Haneda Airport in Tokyo, Japan. Much like other passengers, he made his way to customs and presented his passport. The only problem was that his passport was issued by a country called “Taured”, which no one had ever heard of nor could find on the map. He was also carrying currencies of different countries and shared other details like the company for which he was working and the hotel where he stayed. Officials find out that the company which he mentioned existed in Tokyo but not in Taured. Similarly, the hotel he mentioned did exist but hotel employees informed them that no such booking was made. This prompted officers to take the man in custody for further interrogation. Officers were suspicious that he might be some criminal and confiscated his documents and personal belongings. But to everyone’s surprise, the man vanished the next morning. Not only that, but all his personal documents had also disappeared. A search was launched to find the man without success. The thing that was troubling investigating officers was that he was put up in a room high up in the multi-story hotel building with no balcony.

Some people argued that the mystery man was indeed from Taured but the country happens to be in another universe and somehow passed through a parallel dimension and ended up at Haneda Airport. Another theory is that the mystery man was a time traveler and had mistakenly landed at the airport. Above all this, there are people who claim that it’s just an elaborate internet hoax.