A group of hitmen refused to kill a victim as she was a woman and let her free to get her revenge.
In 2015, the Australian Noela Rukundo (who’s the lady in the photo) went to Burundi to attend the funeral of her stepmother who passed away only a couple of weeks back. 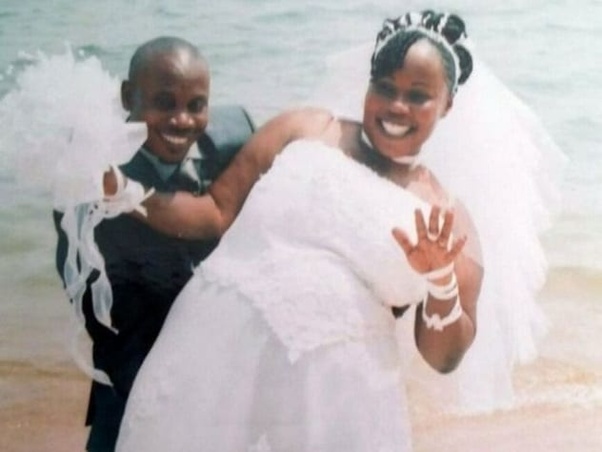 READ ALSO:Checkout Why You Should Never Touch A Dead Whale

Straight after the funeral when she was going out to get some fresh air, she was quite suddenly kidnapped at gunpoint and shoved into a vehicle. She was blindfolded and driven to a safe house somewhere in the country.

Inside the building, she was tied up, and a sack put on her head and was asked by her captors:

“You woman, what did you do for this man to pay us to kill you?”

“Wh-what are you talking about?” said Noela, she was shaking uncontrollably.

“Balenga (Noela husband) sent us to kill you.”

“What? My husband will never do that, y-you’re lying!”

Her captors smirked and giggled. She then heard a phone dialing and a voice coming from a loudspeaker:

It was her husband. Noela fainted.

She was woken up much much later by her captors on the side of a road and they told her she was free. The men explained they didn’t believe in killing women, and they knew her brother and was friends with him. But they would keep her husband’s money and tell him that she was dead.

Not only was she freed, but she was also given a phone, recordings of the captors’ phone conversations with her husband, and all the evidence she needed to take Balenga to court.

Although pretty messed up and a little dizzy, with the help of the Kenyan and Belgian embassies, she got a trip to Australia, where she planned her revenge.

Meanwhile back in Australia, her husband had told everyone she had died in a tragic accident and all her friends mourned her at her funeral at the family home. On the night of February 22, 2015, just as the Balenga waved goodbye to the last of his neighbors who had come to comfort him, Noela approached him.

“ oh my god oh my god, I’m sorry for everything please forgive me” replied a rather shocked Balenga.

But Noela took none of his apologies. The police swooped in and captured Balenga, who ultimately pleaded guilty and was sentenced to nine years in prison for incitement to murder.

During the investigations, it was found out that Balenga wanted to kill Noela because he thought she was going to leave him for another man, which apparently was not going to happen.

Balenga was sent to 9 years of prison while Noela lives with her 8 children somewhere in the same city I currently live in, Melbourne.