Ajmer About 25 years ago.

A gang of men raped the girls studying in the girls’ school Sophia in Ajmer, calling them at the farmhouses, and the family members did not even know. 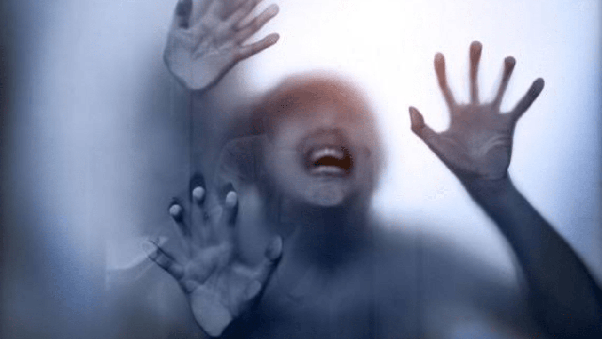 READ ALSO:Here’s What Happens If A Man Gets Swallowed By A Blue Whale

Among the raped girls were also daughters of IAS, IPS. All this was done by taking pornographic photos.

This act happened with more than a hundred girls by doing a girl first, then another.

These girls were not girls from any poor or middle-class homeless homes, but girls from well-known homes in Ajmer.

Sophia is one of the well-known private schools in Ajmer.

Officials say that the address was already there. But no steps were taken if the community tension does not occur.

Rape did by calling in farmhouses

Took a pornographic photo of the girl. Later, more girls were blackmailed through this photo.

Fearing, the girl also took her friends to the farmhouse. His friends and his friends.

These sticks used to go to the farmhouses in front of the eyes of the housemates.

It is said that he used to come to get vehicles. And would leave at home.

Photos were taken during the rape of girls. Then intimidation and girls were called.

It is also said that leaders and government officials were also involved in raping these girls of the school.

The Congress Youth Leader was the mastermind

The masterminds of this scandal were Farooq Chisti, Nafees Chisti, and Anwar Chisti. All three were leaders of the Youth Congress.

Farooq was on the post of president. These people also had access to the Khadim (caretakers) of the Dargah.

The rapists had power both politically and religiously due to access to Khadim.

The victims of rape were mostly from Hindu families.

Officials felt that riots could occur after the disclosure of the case, calling it ‘Hindu-Muslim’.

Later, more people got involved in blackmailing. In the last, there were 18 blackmailers in total.

Among these people was the owner of the lab as well as a technician who developed photos from the negative.

Threats to kill the openers

Whoever came forward to fight, would be threatened. India Press also claimed that in this case the same people were caught who had no connection with BJP.

It was said that only the Congresspeople have been targeted. When the Ajmer Mohalla group NGO started fighting for the case, activists pulled back because of the threat of killing them.

It is said that Communist lawyer Parsam Sharma also received threats to close the case. The girls’ families had refused to come forward.

Many of the girls whose photos were taken, took suicide. 6-7 girls died simultaneously.

Neither the society was coming forward nor their family members. Depressed, these girls took this step.

It was strange to see girls from the same school together. This was helpful in exposing the case later.

Two girls who unravel the secret of scandal

Despite the efforts of police and women’s organizations, the families of the girls were not coming forward.

People did not open their mouths because of connections with the leaders of the people involved in this gang. Later an NGO investigated.

The faces of thirty girls were identified through photos and videos.

Talked to them Was asked to file a case. But in society, many families declined in the name of slander.

Only twelve girls agreed to file a case. Later, ten girls also withdrew due to threats.

The remaining two girls took the case forward. These girls recognized sixteen men. Eleven people were arrested by the police.

What happened in the case from 1992 till now

There are some things related to the case that can be known about what happened to the accused.

1. In 1992, the entire scandal broke. Eight people were arrested after the girls identified the accused.

2. In 1994, one of the accused, a man named Purushottam, committed suicide after being released on bail.

4. Meanwhile, Farooq Chisti lost his mental balance. Because of which his trial pending.

5. Later, the District Court reduced the sentence of four accused and sent them to jail for ten years. It was said that 10 years of jail sentence is enough.

6. After the sentence was reduced, the Rajasthan government appealed against this ten-year sentence in the Supreme Court.

7. Along with this, the four accused in jail challenged the Supreme Court for the ten-year Judgment.

8. The Supreme Court dismissed the files of both the Rajasthan government and the accused.

9. Another accused Salim Nafees was arrested in 2012 after nineteen years. He too was granted bail. There is no news about him since his release on bail.

Since then, there is no new news about the case of what happened to those rapists. Where is Salim Farooq’s mental condition was corrected or not.