Here is an illustration.

It happened in December 2004 in Kenya.

A baby hippopotamus that survived the tsunami waves on the Kenyan coast formed a strong bond with a giant male century-old tortoise in an animal facility in the port city of Mombassa.

READ ALSO:Plantain: The Health Benefits Of Eating This Food Are Unbelievable

The hippopotamus, nicknamed Owen and weighing about 300 kilograms (650 pounds), was swept down Sabaki River into the Indian Ocean, then forced back to shore when tsunami waves struck the Kenyan coast on December 26, 2004, before wildlife rangers rescued him.

The less-than-a-year-old hippo then adopted a male tortoise, about a century old, and the tortoise seemed to be very happy with being a ‘mother’,’ to the little hippo.

After it was swept away and lost its mother, the hippo was traumatized. It had to look for a surrogate mother Fortunately, it met the tortoise and established a strong bond. They swam, ate, and slept together and comforted each other.

The hippo followed the tortoise exactly the way it would follow 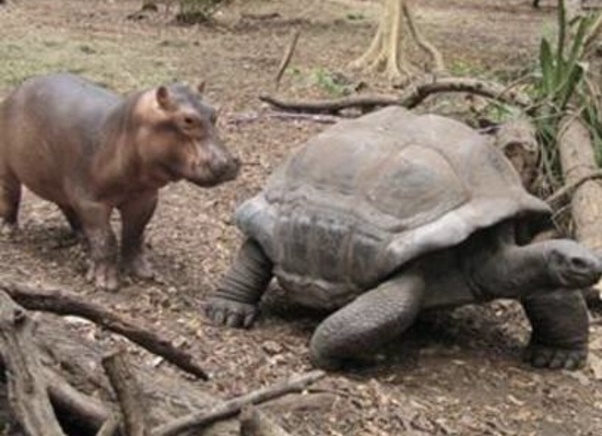 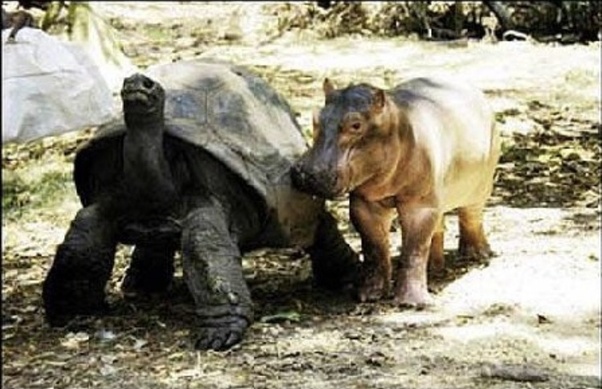 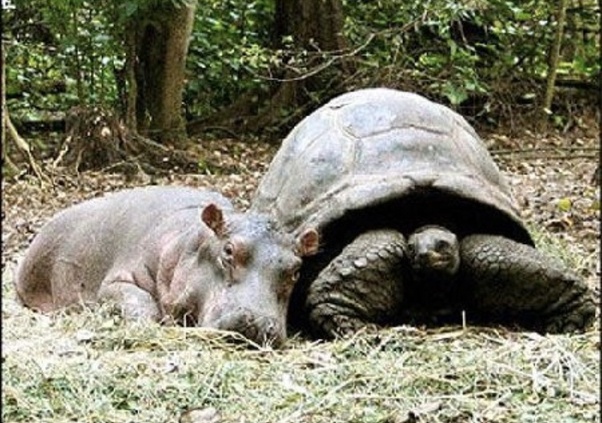 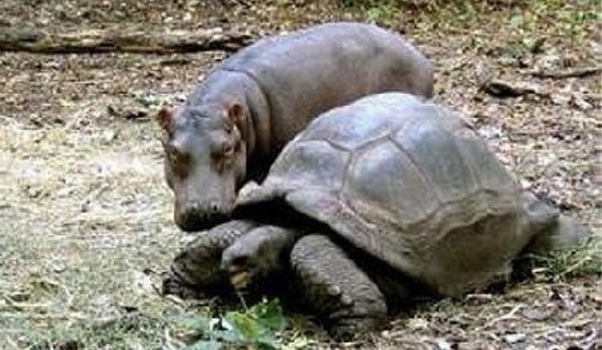 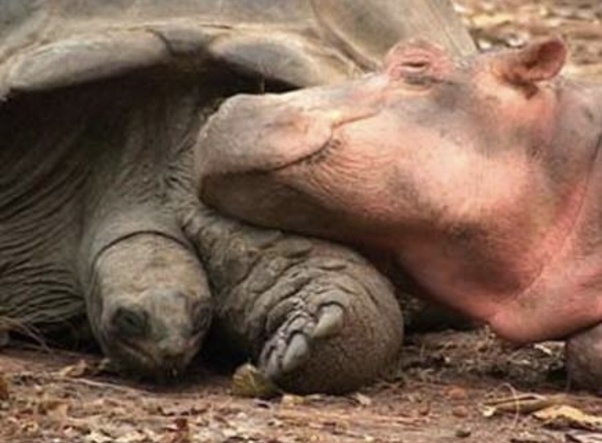 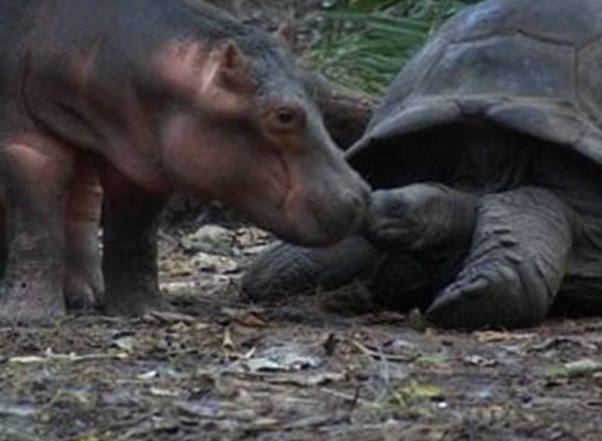 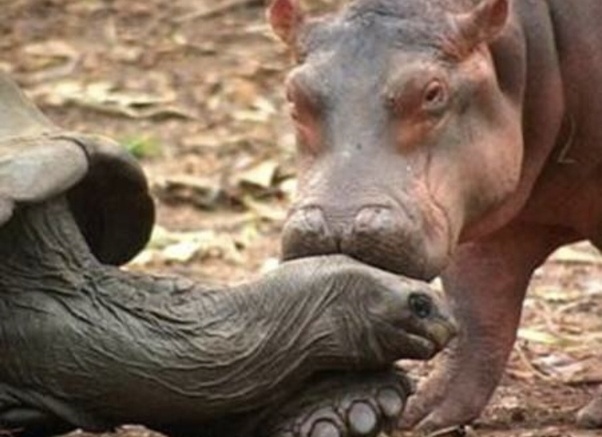 its mother. If somebody approached the tortoise, the hippo became aggressive, as if protecting its biological mother.

The hippo was a young baby, he was separated from his mother at a very tender age.

So he trauma bonded with the tortoise.