Terrifying creatures. Terrifying videos of them on youtube eating stuff in the most brutal and painful fashion the animal kingdom can offer. 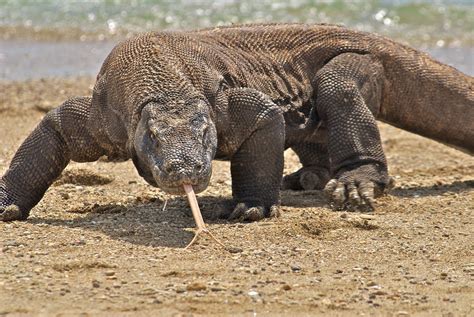 They eat deer and water buffalo and other speedy creatures-

Speedy at least relative to humans when they are running…

So surely a Komodo is fast right? It’s an apex ambush predator, like lions!

In short bursts, they can run up to 20KPH on average…

Roughly 12mph for those of us on the imperial system.

They accelerate to that speed pretty quickly…

After that, they give up.

I would absolutely not recommend trying out walk one…

But I was sprinting at around 15–20mph for 50 yards at a time in elementary school.

But seriously just run away from them if you ever encounter them.

As long as you start running while they are at least 15–20 feet away you should be good as long as you don’t “horror movie fall”.

But the answer to your question is yes-

A healthy adult can technically outwalk an apex predator as terrifying and horrific and gruesome as the Komodo Dragon.

But they should definitely walk really really really fast if they are ever in this position and make the stupid decision to walk instead of the run as the dragon targets them.