There was a popular misogynistic proverb in China that tries to justify why men need multiple women but women are expected to adjust only with just one man. 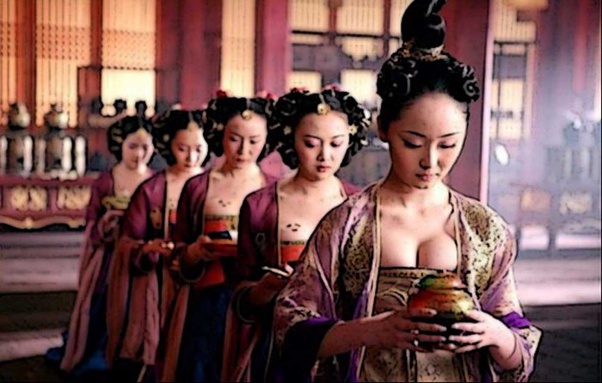 “One teapot is usually accompanied by four cups. But have you ever seen one cup with four teapots?”

That said, concubinage was a complex practice in imperial China and for most of the women a necessary evil to be adopted simply because women at that time had only four options to survive; be a wife, work as a maid, be a concubine, or work as a prostitute.

And out of the options available, being a concubine was one of the easiest ways available for a poor woman to earn social security and financial status if she can’t find a husband. 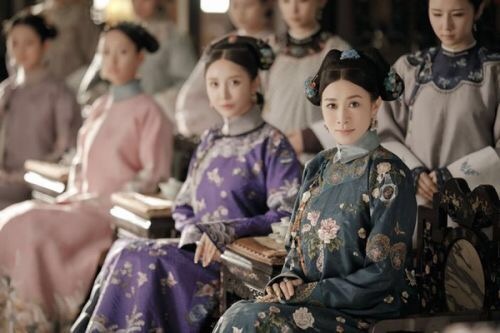 Concubinage was also considered far safer than prostitution as there will be only one male partner and chances of getting sexual diseases were less.

And traditionally once a girl was brought to the emperor’s attention to be concubine, she is bound for lifelong captivity.

Once a girl was taken inside the palace walls, she had to leave behind her family, her friends, her usual ways of life, and not even permitted to see her relatives or friends without official consent.

An army of eunuchs guards her movements closely, ensuring her ‘virginity’ for the emperor. Sex with anyone other than the emperor was strictly forbidden and is punishable by death.

They were his to do with as he pleased, including taking them along with him in his ‘afterlife’ for entertainment.

The imperial concubines were either executed by palace eunuchs or commit suicide by hanging themselves with a silk scarf or by taking poison.

The world of concubines

The strict selection of concubines in Imperial China can be judged from a story about the Ming emperor Tianqi who wanted to select some concubines for himself.

As the story goes, eunuchs were sent across the country to shortlist 5,000 young women aged 13 to 16 to be considered as potential concubines. On reaching the palace,1000 were immediately eliminated for being too tall, fat, or thin.

On the 2nd day, the emperor ‘experts’ examined the girls for voice, diction, and mannerisms. Another 2000 were eliminated at the end of the day.

On the 3rd day, their physical characteristics were examined in minute detail. The details included the shapes of their lips, feet, arms, breasts, and also the ‘degree’ of sexuality that they were endowed with. Another 1000 were eliminated.

On the 4rth day, a thorough medical examination was done for any sexual diseases, physical disabilities, and internal ailments, eliminating another 700.

The final 300 were given accommodation within the palace and kept under close watch. They were judged on knowledge, merit, temperament, and character and ranked accordingly.

Ultimately, 50 girls made it to the final round to be showcased before the emperor. The emperor selected 3 out of them and gave the remaining ones to the court nobles.

These girls were supposedly the ‘fab 50’ or the ‘lucky 50’ to be envied by others who lost the race.

Once a girl becomes a palace concubine, she enters into a ruthless game of power, treachery, and jealousy.

There were varying ranks of concubines and the elevation to every rank depends on how often an emperor visits a girl.

A concubine obtaining more frequent visits by an emperor could rise up the ladder very fast with some even becoming the imperial consort.

The most famous ones were CI XI and Wu Ze Tian who went on to became two of China’s Empresses.

An interesting ranking of concubines based on the emperor’s preferences from the Ming dynasty can be something like this.

It was believed that an emperor should have a good, vibrant sex life for benefit of the entire Chinese empire.

This was the core philosophy behind ensuring that only the best concubines get to sleep with the emperor at all times. Secretaries and scribes were employed to ensure that the emperor’s sexual needs are always fulfilled by the ‘right’ concubines.

A concubine can improve her ranking by producing an heir (although their sons would be inferior to legitimate children), and could rise up the concubine ranking.

Concubines who gave birth to male offspring also have a better chance to reach the imperial consort level faster in life.

However, if a high-ranking concubine failed to bear children, she can also be demoted from her ranking.

However, for most concubines, it would be a boring, dull life ‘hoping’ for the emperor to make a visit and presenting themselves as best as they can at all times.

Most of them end up leading very lonely lives, cloistered within their imperial chambers.

There can be no friends among concubines only bitter rivals. The internal hierarchy was firm and inflexible so concubines would guard their ranking tooth and nail and would do anything and everything to advance including poisonings, assassinations, and even disfigurement.

Spending a night with the emperor was the biggest prize and every concubine would compete vehemently against each other.

But the flip side was intense loneliness. While in the service of the palace no concubine was allowed to communicate with the outside world and inside the palace they have no friends to speak of.

So they ended up leading lives filled with bitterness despite walloping in luxuries of every kind.

Yes, there are situations when they might get to leave the palace. For example, an emperor may hand over a concubine as a gift to another king.

But that does not make much difference in their lives as only one prison is replaced by another one.

The other way to leave the palace was sickness. Once they become sick, they are thrown out and replaced by another healthier one.

Such was the life of a concubine. Their lives revolve around the whims and fancies of one man and life can quickly change from heaven to hell in the blink of an eye.