Julia Pastrana is a young Mexican woman with the kindest heart but with what was called “the most hideous face ”. 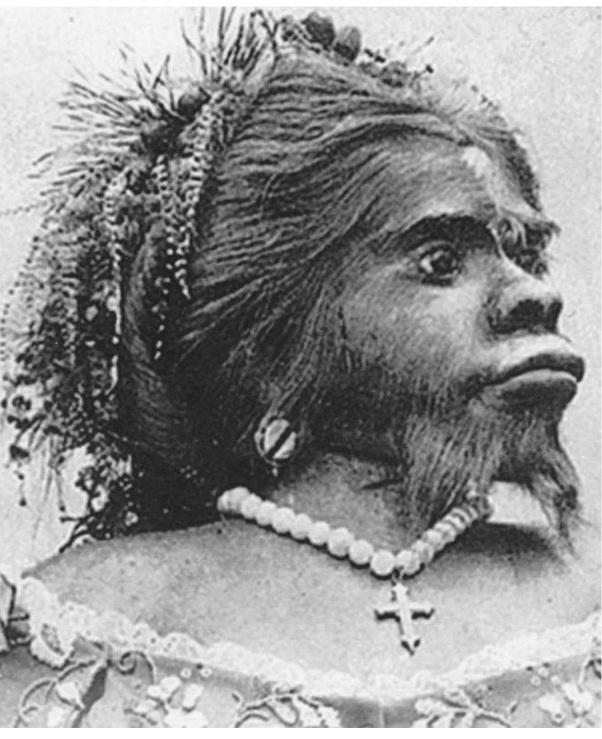 She was born in 1834 in a mountainous area in Mexico. Since her birth, she had a strange fast hair growth that covered all her body.

Nobody accepted her around thinking she was a monster of some sort, she ran away from home.

While in her journey as a lost soul, she met a man who worked in a circus and who offered her a job at the same circus. She became “the freak” that people would pay to watch!

Though it was a very hurtful thing to her, she had no other choice but to accept to at least ensure what to eat and where to sleep.

Because her show made her gain a big amount of money and fame. Her manager Theodore Lent decided to marry Her!

It was one of the most famous marriages at that time that went viral in newspapers. How could a normal man marry a 135cm tall monster they asked.

Strange enough though, she gave birth to a normal baby. Unfortunately, she died together with the baby 48 hours later after giving birth.

Julia’s bad fortune did not end with her death. Her greedy of a husband decided to mummify her body so that people still could pay to watch the half-monkey half-human dead “monster”.

Here is her picture as a mummy. 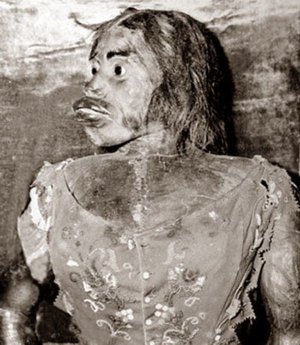 Her body was stolen many times until found in a dustbin in Norway in 2005.

Finally, after 150 years, Julia got a decent funeral and was buried like a person!!

One wonders, is really Julia the “monster “ or is it her husband? Or the people who would pay money to watch her? Or her family? Or the world?!