Jeffrey Creason a social media user and a former zookeeper shares his experience while working at the zoo.

Read Also:CIP A Medical Condition That Won’t Let Its Victim Feel Any Pains(Read)

I used to conduct inspections at Zoos in the 1990s. Sometimes this included being led through back rooms to get to the incinerators. All kinds of temporary cages were setup with quarantined animals.

They always warned me about the chimps specifically. Employees had lost fingers getting too close, getting grabbed and having fingers bitten off. I asked if the chimps would hurt their keepers…. the guys who actually fed and cared for them. They said, “hell yes. Adult males are extremely dangerous.” Chimps will purposefully rip your balls off, then bite your face and fingers off. I’d rather face lions than an adult male chimp. 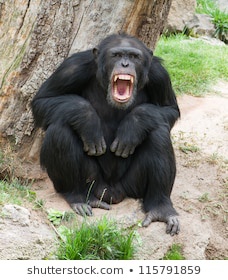 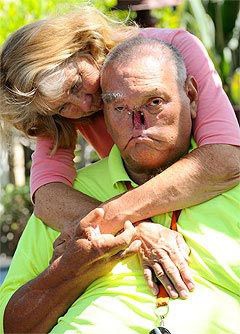 People love to speculate how much stronger chimps are than humans. We have everything from the infamous Bauman dynamometer tests to Finch’s version, to modeling based on muscle fiber analysis. Most experts and handlers suggest around 3x or 4x difference in relative practical strength (adjusting for size difference), and 2x or 3x in absolute terms depending on the specific movement pattern.

At the end of the day, we can simply observe them see the answer. No elite gymnast or rock climber can explosively and effortlessly move/climb through trees and obstacles like a chimpanzee. To see how this could translate to a fight, take a look at the video below from 5:06 to 5:18 mark, where the reluctant tethered chimp finally decides to engage the larger human in a restrained and defensive fashion.

The chimp’s explosiveness and superior gross motor skills immediately become apparent when he finally engages. Now imagine this chimp unrestrained and actually wanting to harm the man. Not good.

If the video doesn’t load, it is “chimp vs man” on YouTube. There is also now “chimp vs man 2” which is shorter and purely one-sided, with a slender young man getting thrown around like a child by the muzzled chimp.