The first documented occurrence of a liger being born comes from 1789, when King Peter the Pervert of Russia would hold big cat breeding parties.

He’d put some Marvin Gaye on, and watch the cats canoodle through a two way mirror. 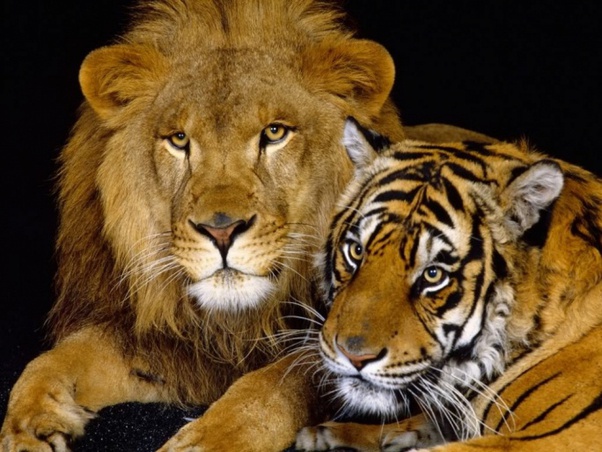 In Soviet Russia, lion and tiger breeds you and this meme doesn’t really work but we’ve come too far to turn back now.

OK, that didn’t really happen. I hope you can learn to trust me again.

In answer to your question, I think it’s very difficult to “force” a lion and a tiger to do anything they don’t want to do.

In the wild, there have been no ligers documented, and lion and tiger territory doesn’t overlap, even where there’s a small population of Asiatic lions.

Reputable zoos and sanctuaries (reputable being the operative word) also keep lions and tigers apart. Ligers often have poor health, don’t help the genetic diversity of big cats, and have no conservation value. 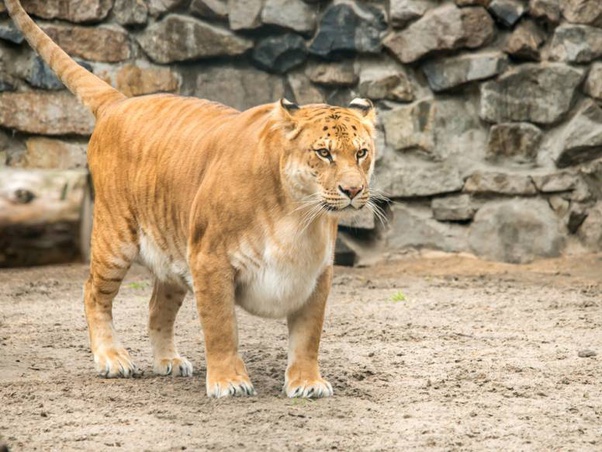 They always seem to be fat, too. I don’t know whether they have a genetic predisposition to it or they’re just owned by people who overfeed them.

That doesn’t stop some other zoos or individuals from “encouraging” lions and tigers to breed. (I assume it’s more just a case of letting them share the same enclosure) because ligers, with their large size, are quite marketable.

Many ligers are in private hands in the US, because some states just let random people buy lions and tigers, because why the hell not? Murica!

“These cats of mine are big mellow guys,” and they’re healthy, says Gregg Woody, owner of Woody’s Menagerie in Mulberry Grove, Illinois, of his two seven-year-old ligers, Hank and Charlie. Woody takes Hank and Charlie around the country as part of a traveling liger exhibit. Their size, he says, is “shocking” to people.

According to Woody, the ligers’ parents spent a lot of time together and eventually mated, which scientists say can happen when a lion and tiger live in close quarters and lack other options.[2]

So there you go. Ligers came about as a result of lions and tigers living together in captivity. They’ll throw each other a desperation bang if there’s nothing better, but usually different species don’t want to do the horizontal tango.

I wouldn’t say they’re “forced” but it seems that some owners will keep lions and tigers together in the hopes that they get to know each other in the biblical sense.

Luckily most zoos frown on this, because we shouldn’t be encouraging these hybrids.