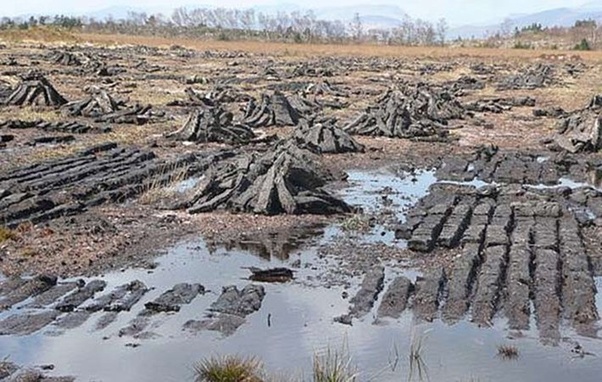 Ireland has many bogs.

READ ALSO:What Is The Most Unusual Way Someone Has Become Famous?

These are wetlands that are often high in acidic water, has a lack of oxygen, and often are extremely warm.

As such, they have been known to mummify bodies that have been buried within them, known as bog bodies and can date back to thousands of years. As such, these can tell us some fascinating and disturbing ancient facts.

Two of these became known as Old Croghan man and Clonycavan man. 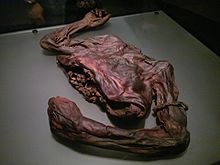 Old Croghan man was tall – measuring in at 6 foot 6, with well-manicured nails – suggesting that this individual never knew manual labour. Clonycavan man, however, was much shorter – coming in at 5 foot 2.

Through forensic science, it was established that both men died extremely gruesomely – Old Croghan man had holes cut in his upper arms through which a rope of hazel withies was threaded in order to restrain him. He was then stabbed, his nipples sliced, before finally being cut in half across his torso.

Clonycavan bog body was disembowelled and struck three times across the head with an axe and once across the body.

Nobody truly knows why these individuals were killed in such a horrific way, but Ned Kelly of the National Museum of Ireland has put forward an interesting theory.

It is believed that these two individuals were failed kings or had attempted to gain kingship.

In ancient Ireland, sucking on a King’s nipple was seen as a gesture of submission. Both bodies had their nipples pinched and then cut off. Removing the nipples would then mean that a man cannot be king anymore.