1:Japan has a Penis Festival. This festival is called Kanamara Matsuri. The meaning of this word is “the festival for the phallus of steel”.

This festival is celebrated every year on the first Sunday of April. 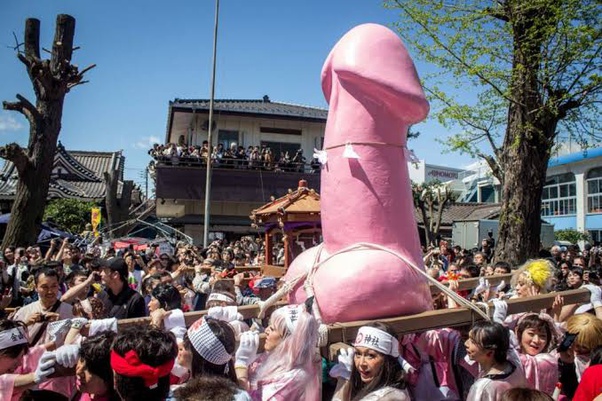 2:Child birthrate in Japan is quite low. Either the people don’t have time or money to have children.

3:One interesting fact is that they sell more adult diapers than child diapers.

5:Japan has one of the world’s lowest crime rates.

7:Japan’s homes are clean and most of the people are not very welcoming to allow you to their homes, it may be because of culture or to preserve their heritage.

8:Cleaning is a part of the schools in Japan.

9:Japan has more earthquakes than any country in the world.

10:Children are allowed to sleep in schools

You can now place your adverts on our site