An indigenous man of the Mapuche people stands in the bosom of nature. 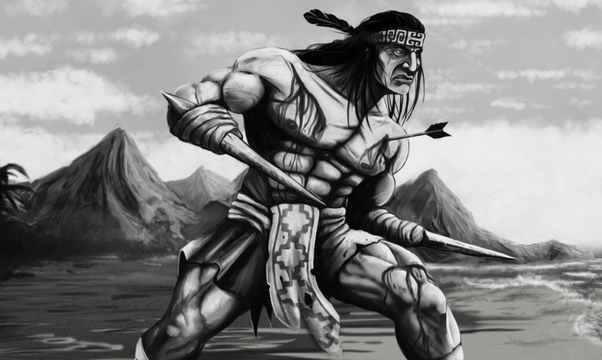 He is a warrior. At sixty-seven, his body has had a lifetime’s worth of tempering, toughened to a degree that most warriors never live to reach. Every steely muscle fiber whispers a litany of hard-won victories grasped treading through bloodstained greenery, to stare into the face of brutality. He closes his eyes and feels the mild southern Chilean breeze caressing his cheeks and sifting through his long, black hair. The time for him take up arms draws near once again, and the mere thought of dancing with death makes his heart beat quicker and blood run hot. He opens his eyes and holds his hands out in front, forming them into fists and clenching tightly in an effort to contain his excitement.

What he doesn’t yet know though, is that he’ll return without them. 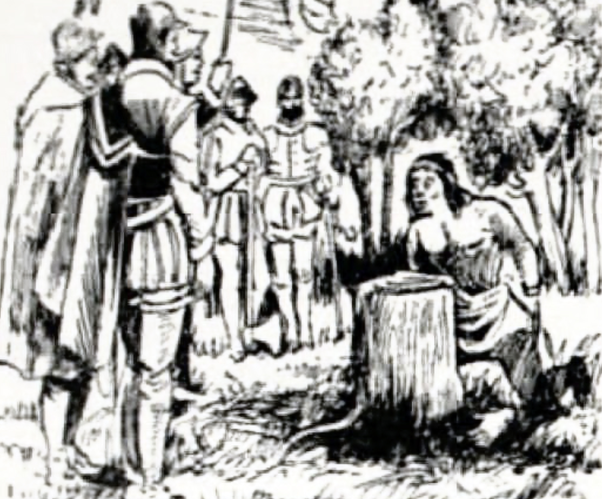 This warrior, Galvarino, has already cemented his fame as a key figure in the ongoing war against the invading Spaniards.

A cocktail of fortune and finesse had allowed him to evade the reaper’s scythe altogether until now, when in the following Battle of Lagunillas, it would finally manage to nick him. Along with a hundred and fifty other Mapuche warriors, he would end up captured and imprisoned, his side defeated in ferocious hand-to-hand combat despite having vastly greater numbers. Instead of just killing the captured Mapuche though, the Spanish decided to make an example of them by chopping their hands and noses off, before sending them back home.

Galvarino, with a mind even more robust than his body, offered up his hands and watched the axe fall without flinching. 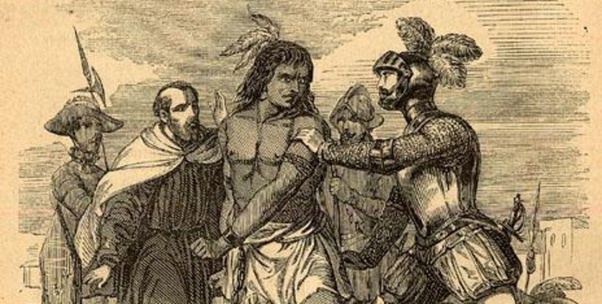 Escaping with his nose intact, Galvarino wasn’t dejected nor retiring;

he appeared before general Caupolicán and the council of war with moxie, showing the mutilations and demanding that they put greater effort into the fighting the colonists. Inspired by his bravery, they decided to make him commander of his own squadron and so, Galvarino prepared to fight once again.

Undeterred by his injuries, he fastened two knives to his arms and stepped to the front of his men, and said:

“Ea, my brothers, see that you all fight very well, you do not want be as I am without hands, so that you will not be able to work nor to eat, if you do not give it to them!”

He raised his arms high, showing them to ignite their spirits, adding:

“Those that you are going to fight with cut them, and also will do to whichever of you they take, and nobody is allowed to flee but to die, because you die defending your mother country!”

The vicious battle that ensued would become known as the Battle of Millarapue, lasting from dawn through to the the early afternoon. Galvarino drove himself into the general’s squadron and clashed with the forty-five years younger general himself, whilst also killing his second-in-command. It wasn’t enough though, as the Spanish once again managed to conquer them. Knowing not to repeat his mistake of letting a warrior like Galvarino go free again, the general ordered his execution.

Not before an offer was presented to him though — switch sides and join the Spanish.

After all, his prowess would have been valuable to them.

Loyal and defiant to the last though, he didn’t even consider it and gave his cutting refusal:

“I would rather die than live like you, and I’m only sorry that my death will keep me

from tearing you to pieces with my teeth.”

Rapper, Ladipoe Tests Positive For Coronavirus
Joe Budden tests positive for Coronavirus
To Top
%d bloggers like this:
We use cookies to ensure that we give you the best experience on our website. If you continue to use this site we will assume that you are happy with it.Ok