Football legend, Diego Armando Maradona has been laid to rest after thousands of fans lined the streets of Buenos Aires to pay their respects.  His coffin was driven to the cemetery on Thursday, November 26th

The Argentina icon and 1986 World Cup winner was buried at the Jardin Bella Vista cemetery, in Buenos Aires province, where his parents were also buried. The ceremony was attended by family and close friends. 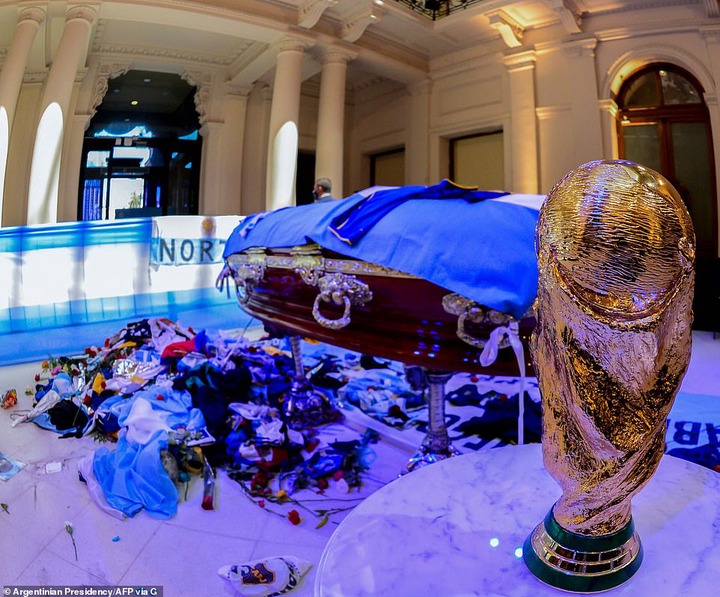 The former Barcelona and Napoli star died of a heart attack aged 60 on Wednesday November 25. He was discharged from hospital two weeks after being  for a bleed on his brain. 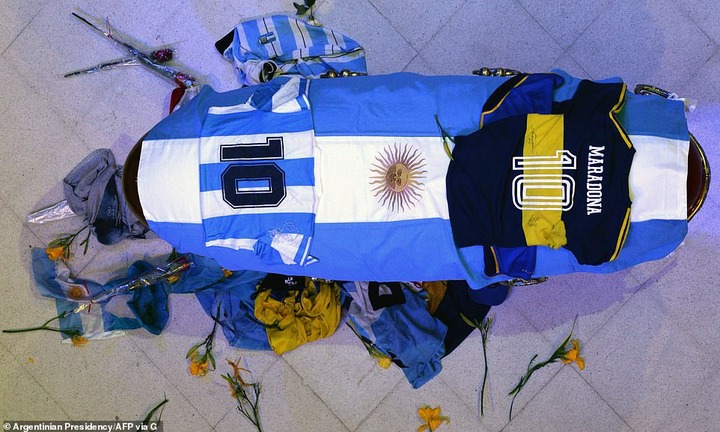 An autopsy report said he died in his sleep after suffering heart failure, only two weeks after leaving hospital following surgery to remove a blood clot on his brain.

Medics also detected dilated cardiomyopathy, a medical condition in which the heart muscle becomes weakened and enlarged and cannot pump enough blood to the rest of the body.

Thousands of fans packed the streets around the presidential palace where Maradona lay in state on Thursday and thousands more lined the highways to catch a glimpse of his hearse as it was being escorted by police vehicles.

Maradona’s daughters Dalma, 33, and Giannina, 31, by his first wife and childhood sweetheart Claudia Villafane, were pictured wiping tears as they left for the funeral. 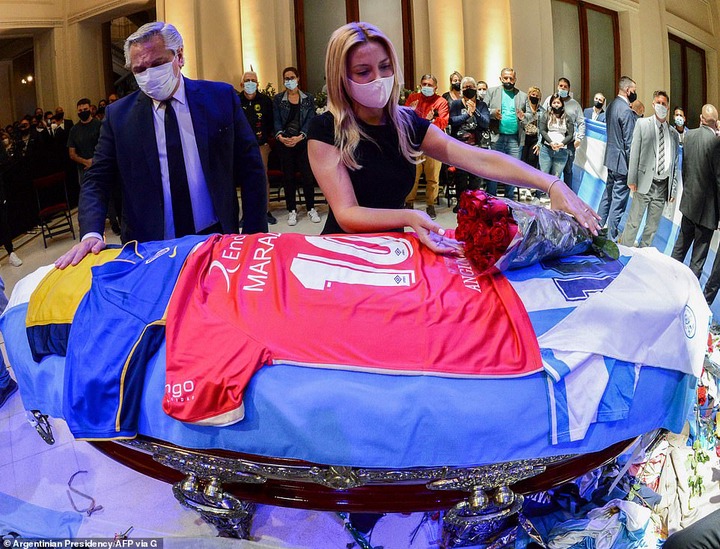 Maradona, regarded as one of the greatest footballers of all time, was the inspiration for Argentina’s World Cup success in Mexico in 1986, winning the Golden Ball as the tournament’s best player.

He also led the country to the final of the 1990 tournament in Italy although his international playing career ended when he failed a drug test at the 1994 World Cup in the United States. 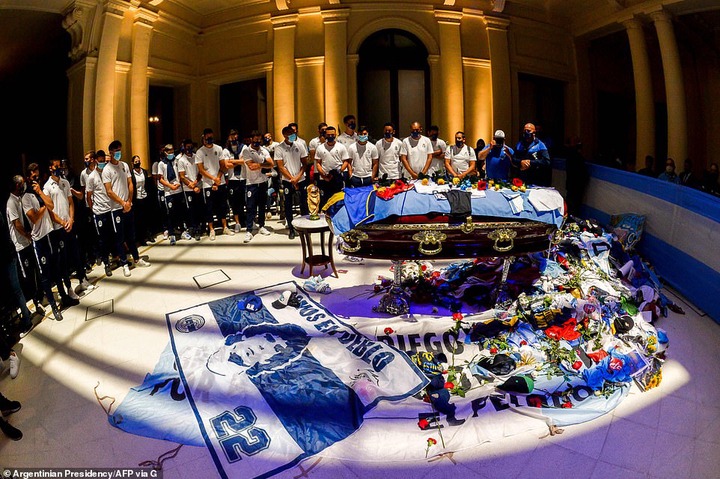 He played club football for Boca Juniors, Napoli, and Barcelona among others, and was adored by millions of fans for his football talent. 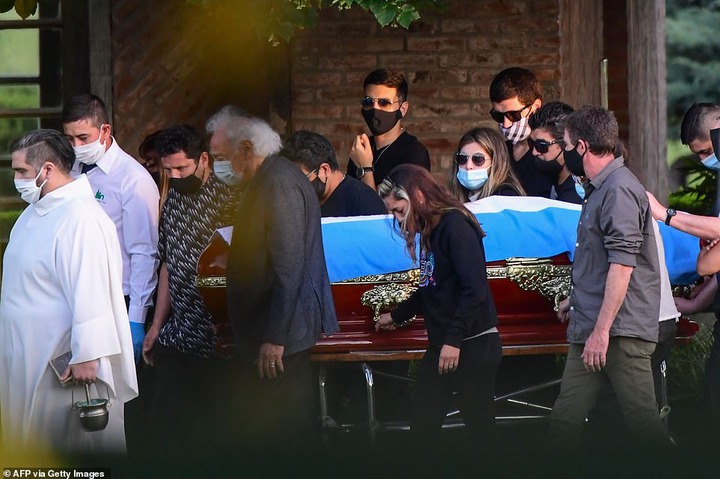 In 1999 and 2000 he was taken to hospital suffering heart problems, the second time requiring a respirator to breathe.

In 2004, he was again treated in hospital for severe heart and respiratory problems linked to his drug abuse.

He underwent two gastric bypass operations to control his weight and received treatment for alcohol abuse.

In January, he had surgery to stem bleeding in his stomach, and in July he underwent a knee operation.

Diego Maradona is survived by five children and his former wife, 58-year-old Claudia Villafane, whom he split with in 2004 after 20 years of marriage. 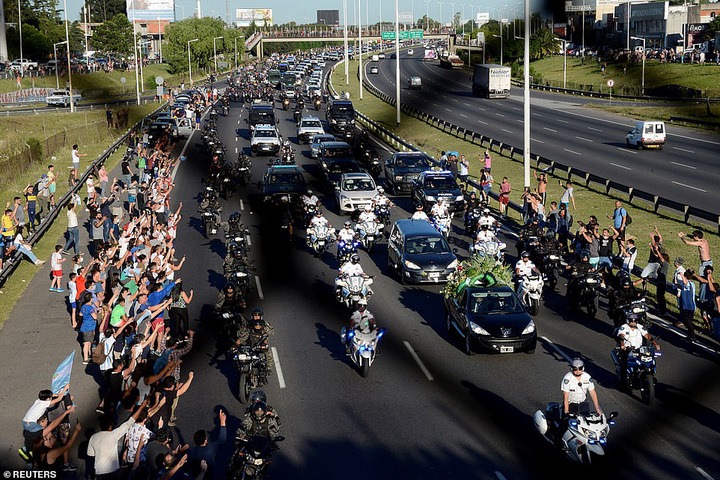 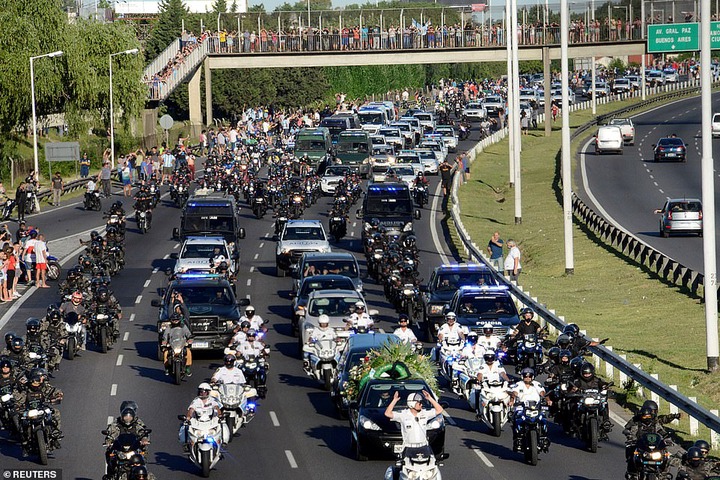 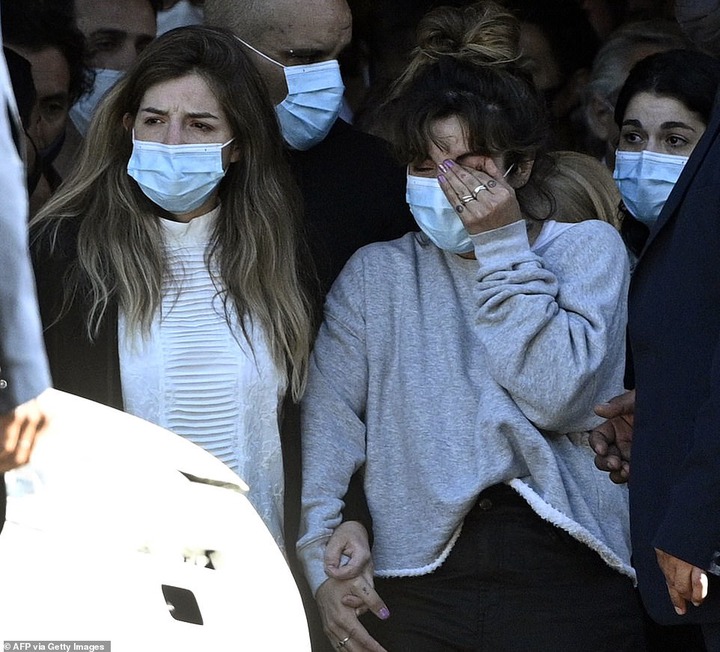 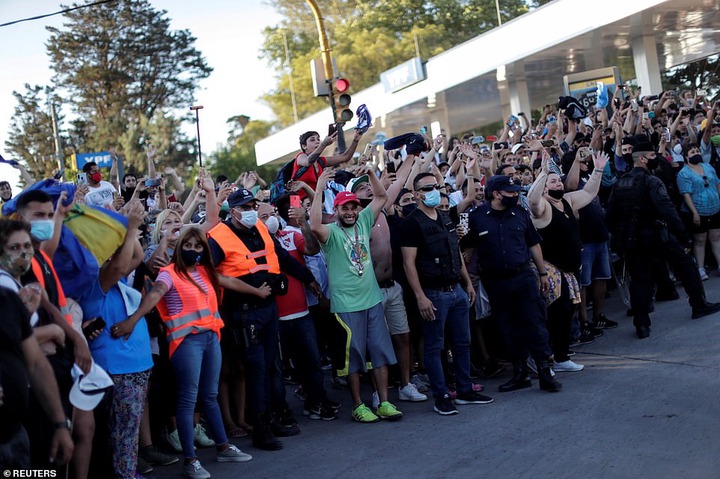 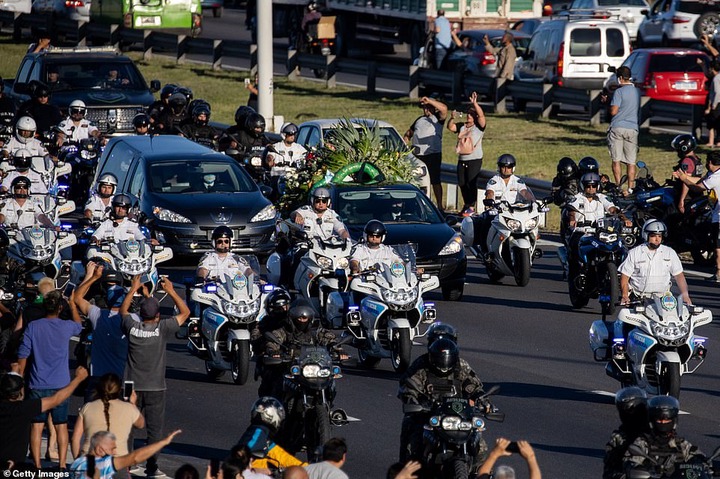 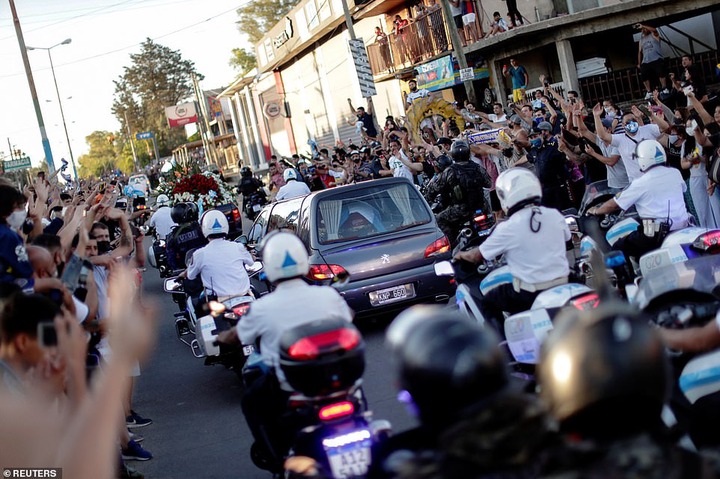 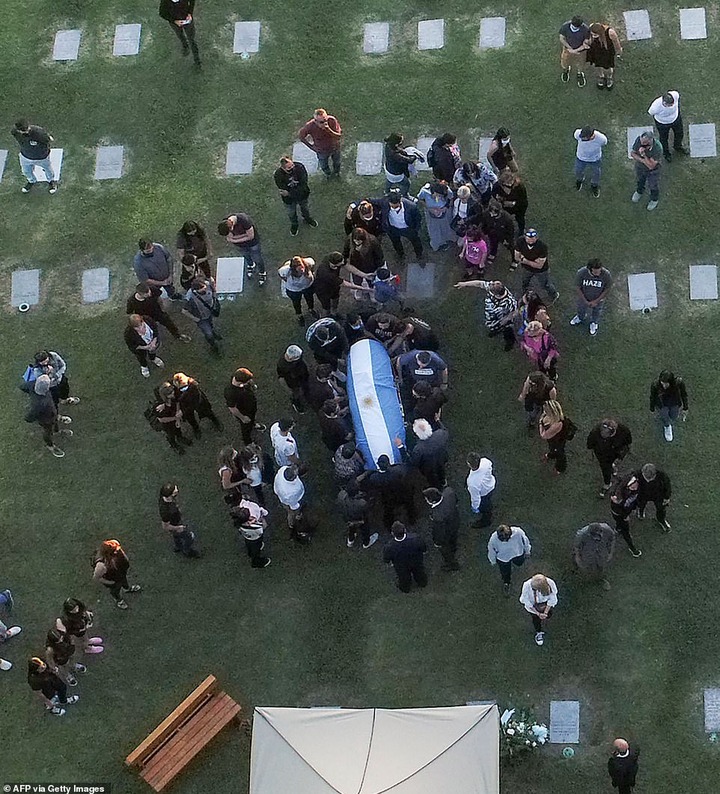 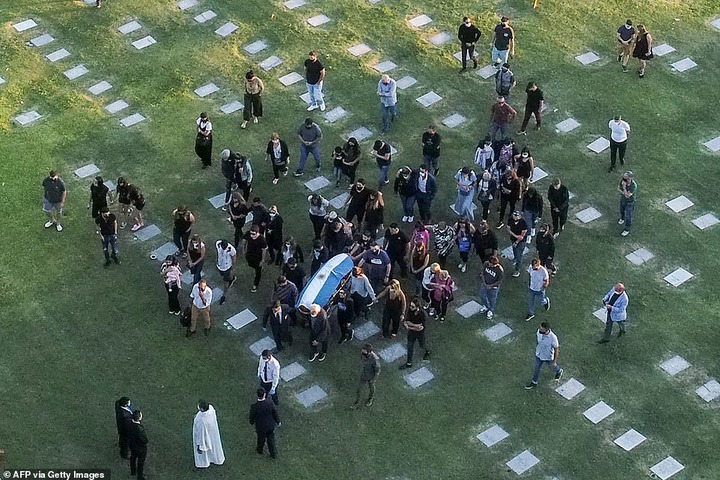 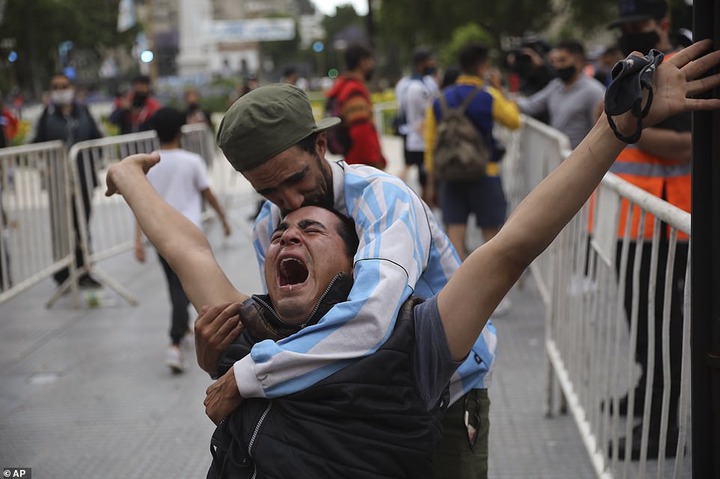 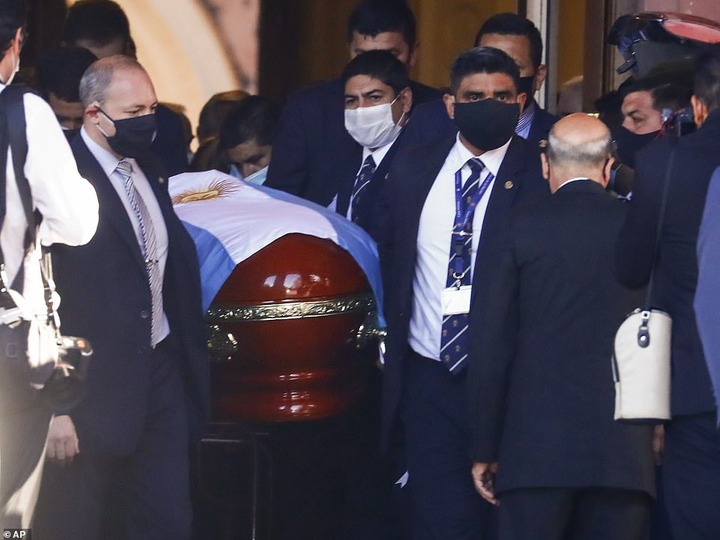 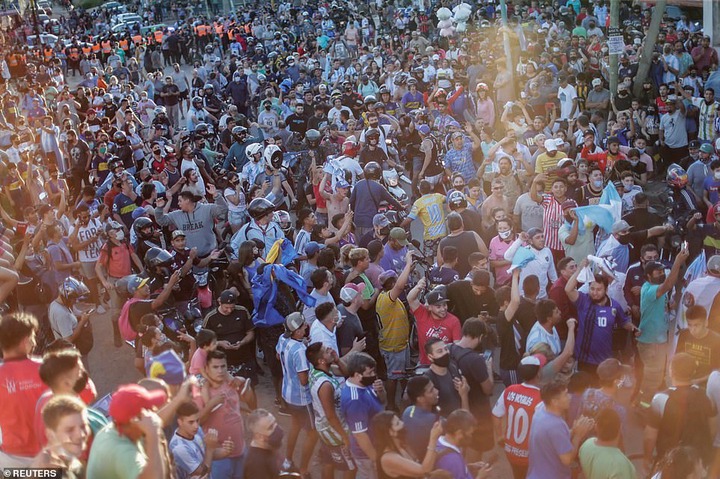