The densest concentration of space junk – using the word “dense” very loosely – is in low Earth orbit and would mostly clean up after 10–20 years due to orbital drag. On the other hand, the debris in higher orbits might last thousands or millions of years.

On the gripping hand, space junk isn’t all that dense. The carefully guarded ISS has to dodge debris-about once per year (and is armored for the very little stuff that is missed). Pictures like the following diagram incorrectly portray space junk that is the size of nuts and bolts as being the size of cities.

60 years of space launches have put a grand total of 7,500 tons of junk into orbit, which is equivalent to one day’s worth of domestic trash from a big city. Space junk, of course, is spread over a volume thousands of times greater than all the skies, waters, and lands of Earth. 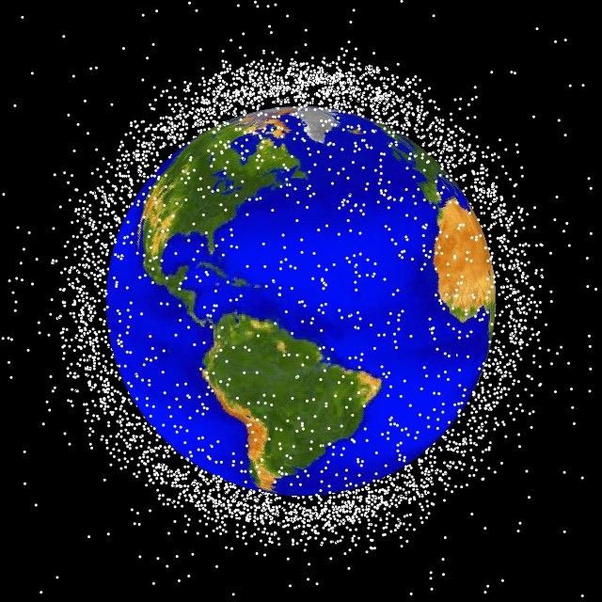 Further, positive steps are being taken to control debris. Starlink, for example, had to demonstrate to the US government that 95% or more of its satellites would de-orbit in a controlled fashion at their end of lives, and their low orbit means the rest will drop in a few years if they can’t make de-orbit burns.

Abandoned upper stages used to be a major source of space junk because after some years in orbit their batteries or residual fuel would explode. They are now usually built to vent their tanks and batteries after releasing their payloads, while some operators try to set them up on atmosphere-skimming orbits or outright de-orbit them.