Lincoln was famously unprotected the night he was assassinated. 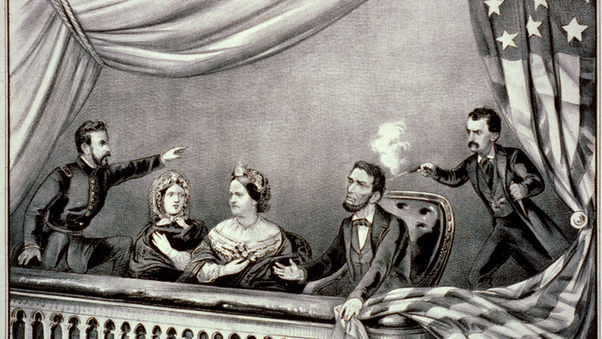 READ ALSO:Fight Between A Tiger And A Lion!!! Find Out Who Won

He should have had an entire armed guard there. This was the aftermath of the civil war and the bitterness felt by half the nation cannot be understated. There has been no period as divisive in this country’s history.

Henry Rathbone was sitting beside Lincoln when Lincoln was shot.

He then got into a struggle with the assassin, John Wilkes Boothe, managing to stab him once before he leaped from the stage.

In the years after, Henry was plagued with guilt and eventually lost his mind from his persistent anguish in not having been able to save Lincoln.

His mental stability in the years after eventually declined to the point that he murdered his wife after his own psychosis led him to believe she was cheating. He was committed to a mental institution where he spent the rest of his life.