Two Indonesian men, both in their 20s, were arrested in November after their neighbors reported them to the police for being a couple and “having gay sex”.

Read Also:Fornication Is No Respecter Of Gender- Toke Makinwa 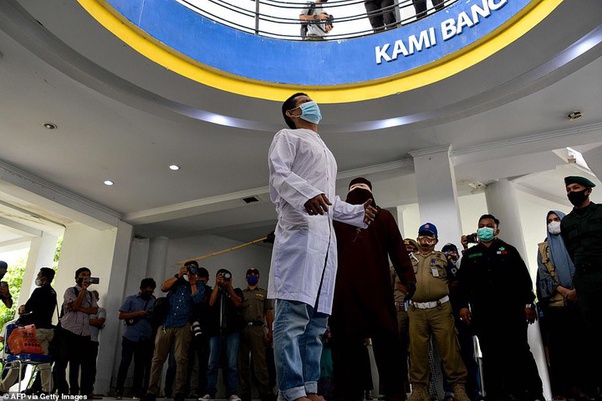 Being publicly flogged 77 times each.

It was supposed to be 80 times, but because they spent 3 months in jail, they reduced it to 77.

There was a big crowd of people who watched this, including multiple people with cameras.

During the flogging, they allowed a break so that the men could have some water.

Nothing stopped the police from serving them their punishment. They didn’t stop when one of the canes broke and not even when one of the men’s mother fainted while watching this happen to her son.

Both these men will now be branded for the rest of their lives.

When they go out to work, or shopping, or to the doctor or the park, they will be looked at as the gay men who were flogged.