If the Earth rotation stops, You would notice the difference for a fraction of a second, and then you would cease to notice anything at all….because you would be dead. Imagine you are spinning at 1,000 miles per hour (at the equator) and just stopped…

It would not be pretty. Yes, everything would also be stopping with you but that wouldn’t prevent some things from being thrown faster than others. You would probably be smeared onto the next largest thing to your left…or right depending on which way you’re facing.

The air alone would now be rushing by at 1,000 mph (or some significant percentage of it), obliterating anything that didn’t crumble in the instant deceleration.

Oh, and if the crazy change of deceleration and the supersonic wind didn’t kill you, the tidal waves would! I’m not even sure “tidal waves” would be a good name for them. Let’s call them Uberplanetkillerwaves. I bet there is a German word for this very thing…If someone knows of one, please let me know. 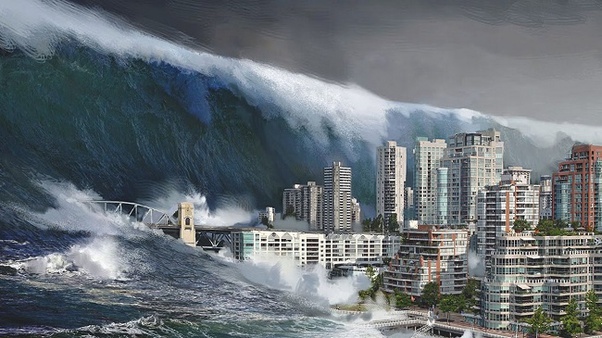 You see, the water in the oceans would now be moving toward the landmasses at faster than the speed of sound. This is an extinction-level event to be sure.

I guess this would depend on how quickly the earth stopped rotating but all this assumes you had a magic wand and hated everything and everyone.

Stopping the earth from rotating instantly would cause a very bad day for the people you dislike…and everyone else as well. If you have such a wand, I think I speak for everyone when I say, please don’t.