Described by Scott Goldman  He said:

Anyone who has read Dr. John Lilly, knows he is a super-genius, but a little bit odd. He invented the sensory deprivation tank and the movie “Altered States” is based on his research. Dr. Lilly thought that when aliens eventually visit earth, the ones he talked to while taking Ketamine, it’s important that humans be able to communicate. 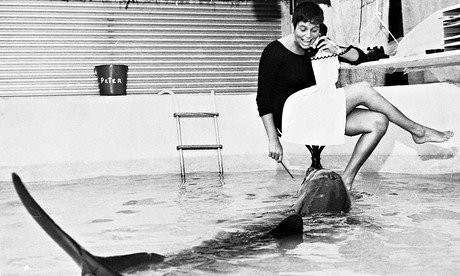 So with the suggestion from popular TV host Carl Sagan, Lilly got a grant from NASA in preparation for Close Encounters of the Third Kind. He was going to teach a dolphin English. A young woman with no college education, but natural skills came into Lilly’s office. Her name was Margaret Lovatt. She was hired immediately.

Coincidentally, its name was Peter. Peter became more and more aggressive. Lilly told Margaret to calm Peter down by giving him what he wanted. It worked. Peter was not very interested in learning English, nor was he a particularly good student, but he did enjoy Margaret giving him the needed relief – day after day. 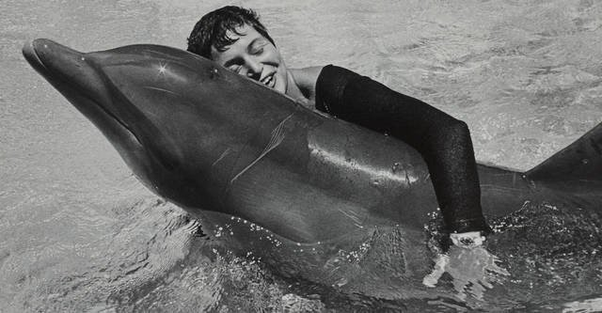 This was 1963. LSD was a popular drug in the medical community and was used as a treatment for alcoholism and various forms of psychosis. It is also the strongest hallucinogen in existence. If Peter and the other students were not speaking Queen’s English, Lilly thought that they should take some LSD and lots of it. This should help them develop the eloquence of Shakespeare.

That didn’t work either. NASA decided to cut funding. Peter was shipped off to Florida. No longer with, Margaret, the love of his life, Peter sank in the water and never came back up, choosing suicide because Margaret was not there to give him physical affection and LSD.