Linkin Park Lead Singer, Chester Bennington 41 has been reported dead in what seems to be suicide.

Police have confirmed that Chester Bennington, the lead singer of band Linkin Park, died at his private residence in Palos Verdes Estates in Los Angeles County at approximately 9am Thursday morning.

The 41 years old singer joined the group in 1999 and became a household name the year after with the release of the band’s debut album Hybrid Theory, which was nominated for a Grammy award for best rock album.

Linkin Park singer Chester Bennington, overcame a troubled childhood to top the charts with an angry but melodic brand of metal.

Just hours before his death, Linkin Park had released a video for its latest single, “Talking To Myself,”. 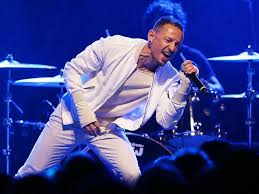 The song appears to take the vantage point of Bennington’s wife, Talinda Ann Bentley, as she begs him to control his substance abuse.