There are lots of things you need to know about finding the right diamond for your engagement ring, but diamonds have their own fun and interesting facts that you may not know about.

It’s no wonder diamonds have been coveted for centuries by kings, queens, and mythological gods. These fun facts show you just how truly unique diamonds are in this world. 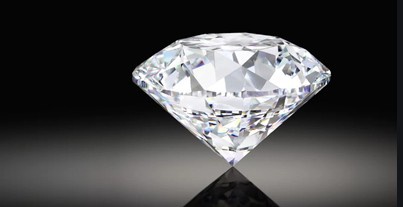 2.Diamonds are the hardest natural substance on earth. In fact, diamonds are so hard that the only thing that can scratch a diamond is another diamond. Diamonds also have a high melting point (3547℃ / 6420℉) and boiling point (4827℃/ 8720℉). Diamonds form about 90 to 120 miles beneath the earth’s surface and are carried to the surface by volcanic eruptions.

3.Diamonds are made of only one element: carbon. Under the immense heat and pressure far below the earth’s surface, the carbon atoms bond in a unique way that results in diamonds’ beautiful and rare crystalline structure.

4.Diamonds come in every color. The color of a diamond is usually pale yellow to colorless, but can also be brown, blue, green, orange, red, pink and black

5.Scientists have discovered a planet that they believe is composed mostly of carbon, and is one-third pure diamond. Discovered in 2004, the planet orbits a nearby star in the Milky Way. Perhaps even more amazing is that scientists have discovered a star that is essentially a diamond of ten billion trillion trillion carats. They named the star “Lucy” after the Beatles song “Lucy in the Sky with Diamonds.”