Martinez was Bayern Munich’s hero coming off the bench to head in an extra-time winner. 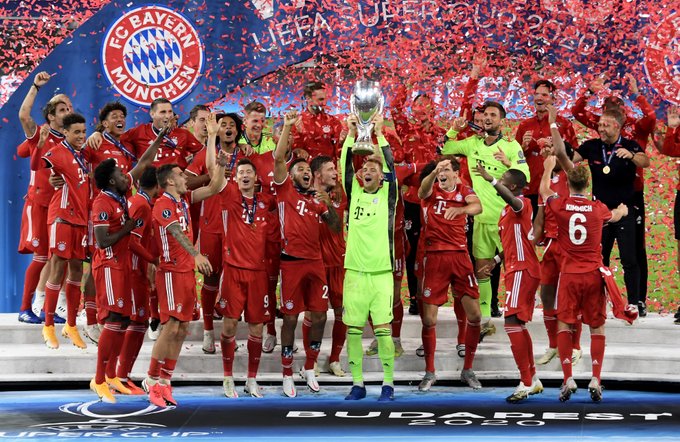 Bayern Munich won the UEFA Super Cup in Budapest with a closer-than-expected 2-1 victory over Sevilla.

In a match that featured the Champions League winners against the Europa League winners, it was the Bavarians who came from behind to win it in extra time.

The LaLiga side went ahead through Lucas Ocampos’ penalty.

Leon Goretzka levelled before half-time but Bayern’s run of 22 successive victories would have come to an end had Youssef En-Nesyri not been thwarted by Manuel Neuer in the dying stages of normal time.

Martinez came in and scored his first goal since April 2019 to earn Bayern the silverware.

The victory for Bayern was their 23rd straight, stretching the club’s unbeaten streak to 28 games.