What is the most frightening thing that’s ever been discovered by archaeologists?

When the archaeologists opened the tomb, they were also shocked, because the female corpse’s expression and death posture were too terrifying and weird. She was as black as charcoal, her facial expression was very hideous, her mouth was wide open, like a very painful howl, and her limbs were bent. Even more terrifying is that there are deep scratches everywhere on the coffin around the female corpse. 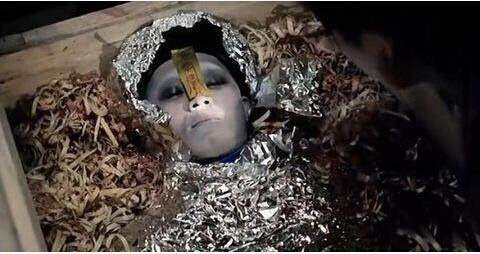 After anatomy and analysis by archaeologists, the secret behind this horrible female body was solved. It turned out that this woman suffered a dystocia during labor and fainted on the way. Her family mistakenly thought she was dead and buried her. After waking up, the woman found that she was already in the dark tomb. She was terrified and shouted desperately. She grabbed her hands and ran out of oxygen and died of suffocation.

2.Tomb of Thousands of Martyrs

Standing among the layers of white bones, the expert was also stunned. It turns out that these people were the victims of the ancient burial system. Due to the sudden death of the Qin monarch, these people were all killed and buried for the monarch. Looking at these open-mouthed, incomplete bones, you can infer the scene at that time. How cruel it is. 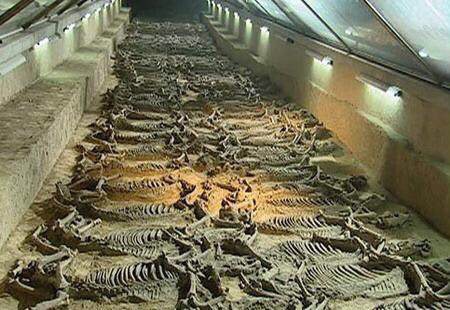