Neymar Jr surpassed Ronaldo for the second most goals for Brazil with a hat-trick against Peru on Tuesday. 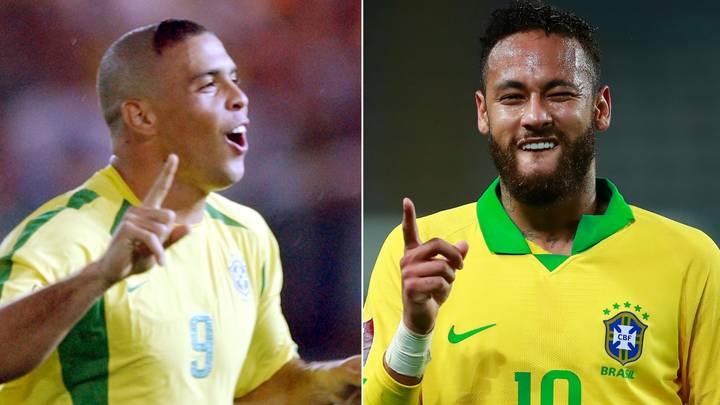 The Paris Saint-Germain star put away a penalty in each half of their World Cup qualifier in Lima before tapping home from close range in injury-time.

Ronaldo scored 62 goals in 98 games for Brazil in a 17-year career for his nation that included winning two World Cups,

the Copa America twice and a Confederations Cup.

Still only 28 years of age, Neymar is now 14 goals away from becoming Brazil’s all-time top scorer and

knocking Pele off his perch. The three-time World Cup winner struck 77 times in 92 games for his country.

Neymar has had an action-packed start to this current season,

which was initially interrupted with a coronavirus diagnosis in the lead-up.

Once he recovered from Covid-19, the PSG star was shown a straight red card in the defeat to Marseille,

in which he accused opponent Alvaro Gonzalez of racial abuse.

Following a two-match ban, Neymar returned to play 90 minutes in the 2-0 victory against Reims,

before scoring twice in the Parisians’ most recent game – a 6-1 hammering of Angers at the start of the month.

contributing two assists as the Selecao got their World Cup qualification campaign off to the perfect start.