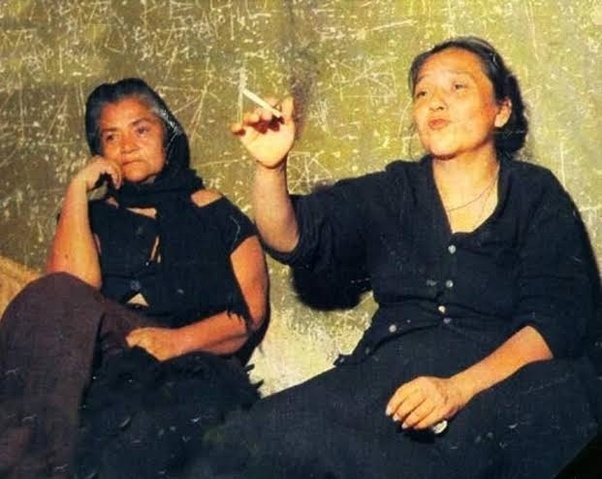 Delfina and María de Jesús González (also known as The González Sisters) ran “Rancho El Ángel”, the center of a macabre prostitution ring that would eventually claim more than 90 lives: men, women, and infants. All in the name of money.

In 1964, three women managed to escape from the ring and approached the authorities with a horrifying story. They’d just escaped from a brothel where they were kept prisoners and forced into prostitution.

When the cops investigated the brothel, they were shocked beyond imagination. All the women the sisters had in their employ had all been abducted. To keep them in line they were beaten severely and drugged often to keep them under control.

Any woman who lost her beauty was immediately killed and disposed of somewhere in a shallow grave in the property. They dared not get sick; the sisters figured it was easier to kidnap more women than buy medicine. A new victim was totally free.

But the working girls weren’t the only victims of the Sinister Sisters. Any babies unfortunate enough to be conceived in this dungeon were quickly disposed of by way of immobilizing the mother and viciously beating her until she miscarried.

At the conclusion of the investigation, the police uncovered more than 90 bodies buried in the property.

The crimes earned the sisters 40 years in prison (the maximum that Mexican laws allowed). Although Delfina died whilst serving time her sister completed the sentence.

The Guinness World Records immortalized them as the “most prolific murder partnership” in history.