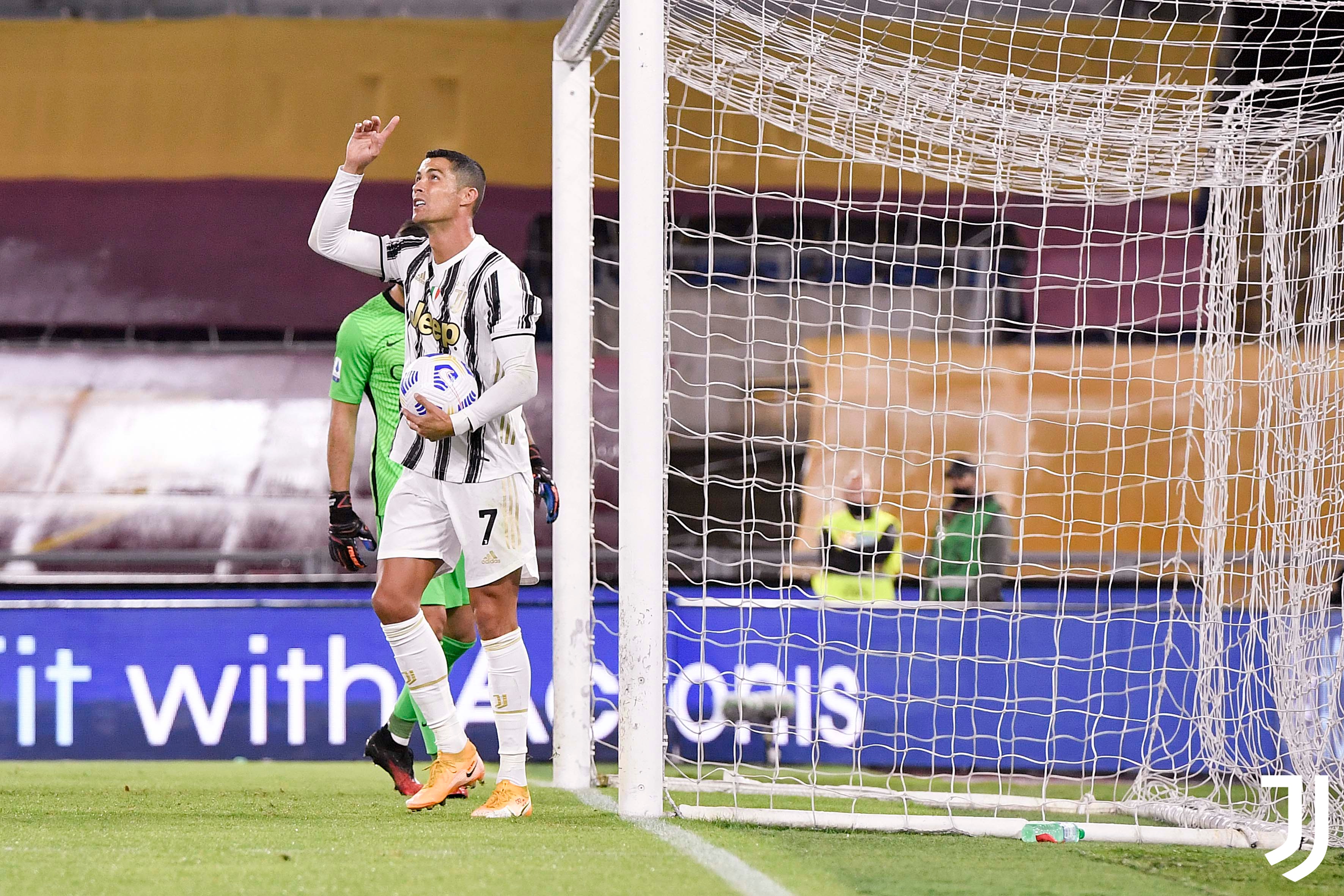 Read Also:See What Lacazette Did After Being Substituted Against Liverpool

The 35-year-old saved 10-men Juventus a point against AS Roma after twice equalising for Andrea Pirlo’s side.

The two strikes took Ronaldo’s tally for the 2020/21 campaign to three goals, while he has now netted an incredible 450 times across Europe’s top leagues.

The Juventus forward became the first player in history to reach the 450-goal milestone, adding yet another record to his long list.

Another game, another record for @Cristiano! 🔥🔥

Ronaldo has scored 84 goals in the Premier League, 311 times in LaLiga and now 55 in Serie A.

Comments
Super Eagles Star Ekong Bids Italian Club Farewell
Watch Mourinho’s Reaction To Dier ’s Toilet Break vs Chelsea
To Top
%d bloggers like this:
We use cookies to ensure that we give you the best experience on our website. If you continue to use this site we will assume that you are happy with it.Ok