A friend who is a vet once told me that  pigs, slaughterhouses often have been made soundproof so that the pigs who are lining up in a row to wait for their turn, would not hear the squealing and screaming of their poor companions.

If they do, they often get so stressed up and scared that they die of a heart attack. 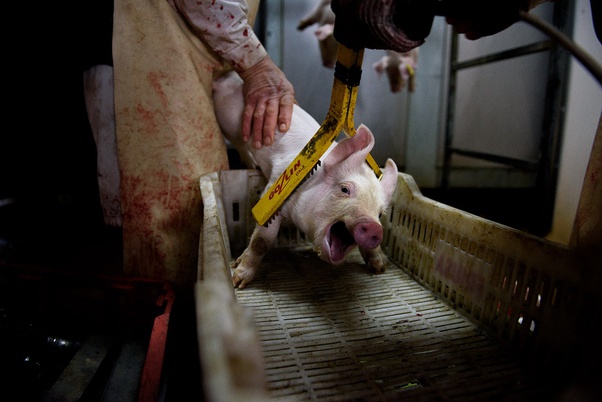 Needless to say, the soundproofing is not there for the benefit of the poor pigs: the reality is that when a pig dies from a heart attack on death row, the regulation says that their meat cannot be used for meat consumption.

I am not sure that animals such as chickens realize what is about to happen in the slaughterhouse — not much is going on in their head, and they have a pretty poor understanding of what death is.

Hell, a chicken barely knows it is alive.

But in the case of much more intelligent animals such as cows and pigs, it has been intensively researched and confirmed that they truly understand what is going on, or what is about to happen.

“Pigs are at least as cognitively aware as a monkey,” said Marino, commenting on a video of a slaughterhouse in Australia. The high-pitched squeals, she said, are “distress calls.”

Pigs have individual personalities, Marino said. They’re also one of the few species that can recognize themselves in a mirror.

And yes, I admit, dear reader: I am not a vegetarian.

But I also have to admit that I do not like this at all. 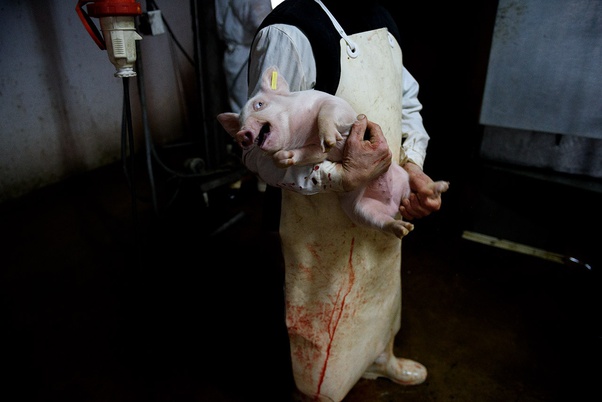