Animal kingdom is a beautiful place but also a deadly one. Here are some photos of animals that I find to be truly frightening.

(Beware that some of these could be disturbing….) 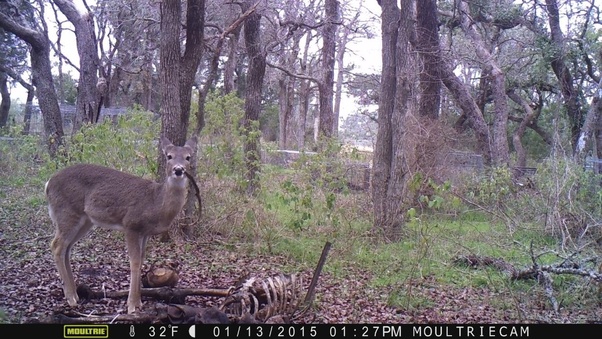 Captured by the Texas state university

To study how human bodies decay over time the Texas state university took donated human bodies and left them in the wilderness to succumb to the elements. They expected the bodies to be consumed by coyotes, foxes, vultures, and other scavengers. So they were very surprised when their camera caught a deer instead. It is a well-known fact the herbivores including deer will occasionally eat meat to supplement their diet but this is the first time a deer has been seen feeding on a human body! Let’s just say I will never see Bambi the same way… 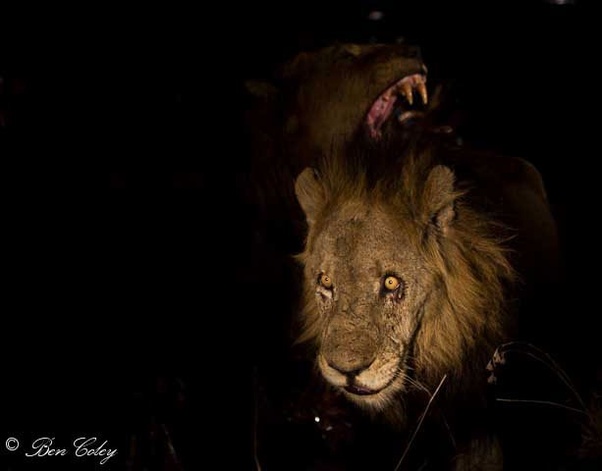 The Mapogo six where a coalition or band of male lions that once ruled the lands of the Sabi sands with an iron paw. It is estimated that these males killed an excess of 40–100 other lions in their quest for dominance. Later a rival coalition fought with the brothers and usurped their position, killing a few of the once-mighty Mapogo 6.

The group went into decline and now all that remains are two scared veterans who are pictured above. These lions aren’t just scary because of the powerful predators they are but because their scars give me a creepy Joker vibe. 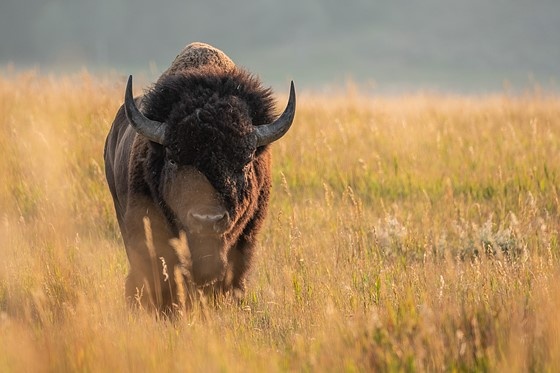 This image may seem to depict an almost peaceful scene of nature but then again most of you probably haven’t experienced the rage of a bison bull. In Yellowstone national park bison are one animal that is the most prone to attacking and they have been known to charge tourists.

This image reminds me of a terrifying moment where my dad and I were sneaking around a bull and it turned. That moment where you hold your breath and wonder if the beast is going to charge is just terrifying! 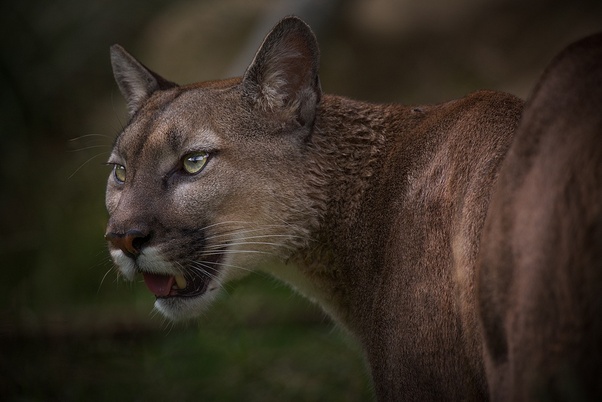 This image captures the beauty and danger of the cougar almost perfectly. While pumas hardly compare to lions and tigers when it comes to danger, these felines are one of the only dangerous carnivores where I live. The fear that one of these predators could be lurking in the shadows keeps me an alert when I’m in the wild.

5.Going to the market 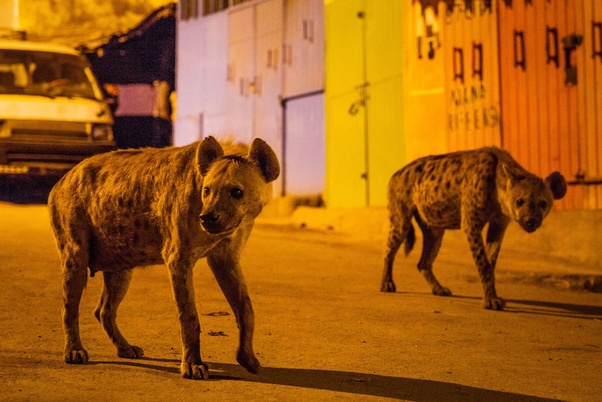 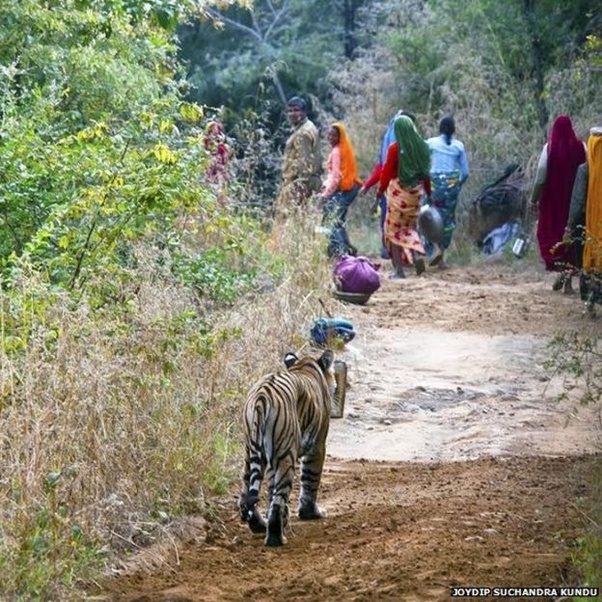 In the Sundarban region of India and Bangladesh, workers put themselves at risk every day as they enter the forest. A silent killer prowls the woods and it has developed a taste for men. For whatever reason, the tigers of the Sundarbans are more inclined to hunt human beings making them truly dangerous and to quote a man who has experienced this first hand “Nothing can describe the terror of living in the shadow of a man-eating tiger.” 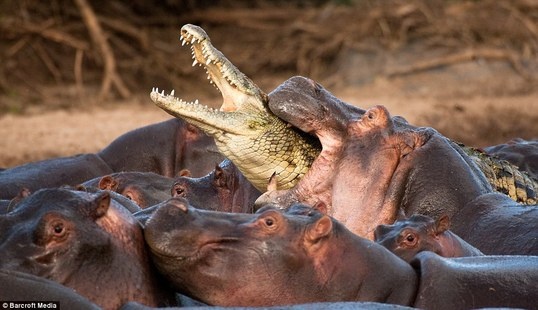 This photo shows just how scary herbivores can be! What really scares me about this one is how the hippos completely surround the poor reptile, cutting off all routes of escape. If I ever visit the wilds of Africa I’m not venturing into a watering hole, that’s for sure! 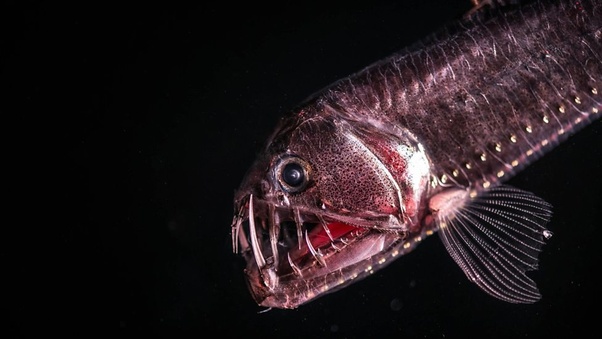 There is one reason I find this deep sea predator frightening and that’s its gruesome appearance. With its barbed jaws and soulless eyes this viper fish gives me the chills. 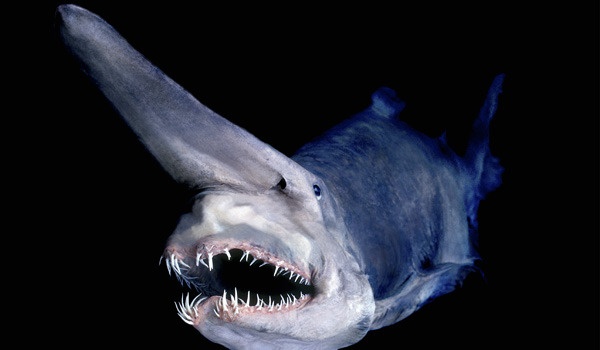 The goblin shark looks like a beast from hell itself. This fish hunts in the deep sea and uses its nail-like teeth to end prey. With its grotesque appearance and scary looking jaws this creature is scary enough.

10.The reason chimpanzee have hair 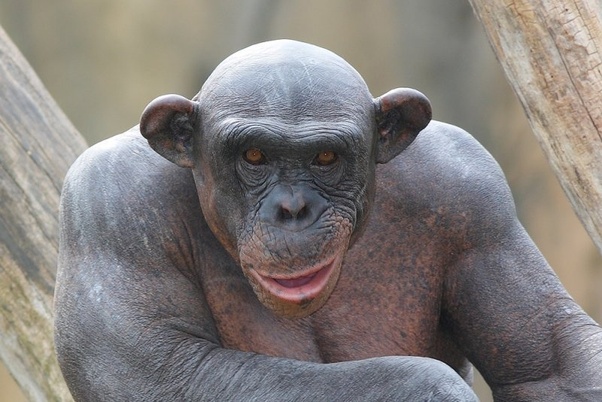 The only way to describe this photo is plain creepy! Now I know why most animals have hair…. 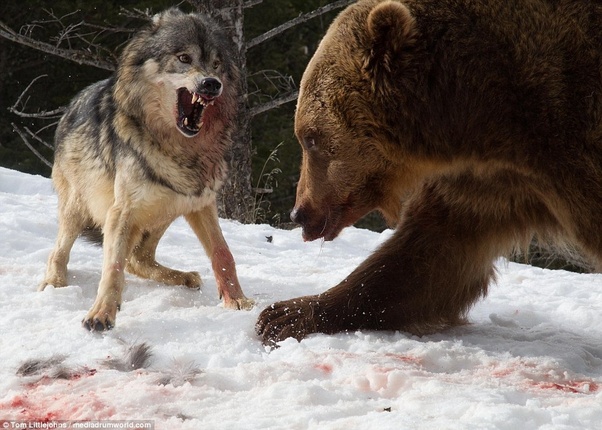 While I have a healthy respect for grizzly bears I have never really been afraid of wolves because they generally don’t attack humans. This image has completely changed my mind. I still wouldn’t fear an attack by a wolf but those jaws are enough to scare the crap out of me! It just goes to show why a pack of these canines can go toe to toe with even the most powerful bruins. 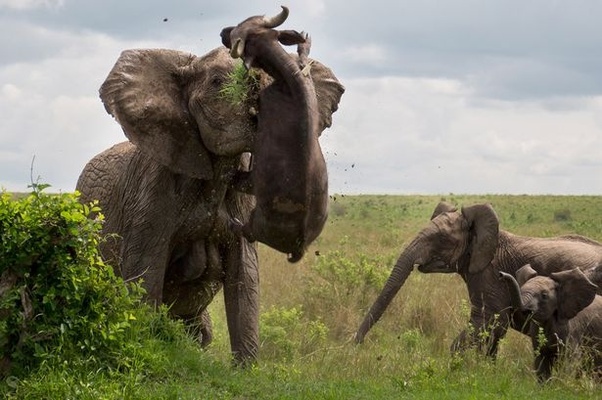 This image just goes to show why one should fear the raw power of an elephant. Cape buffalo are by no means pushovers and it takes many lions to bring one down. The elephant makes it look easy and throws it straight in the air with little effort! 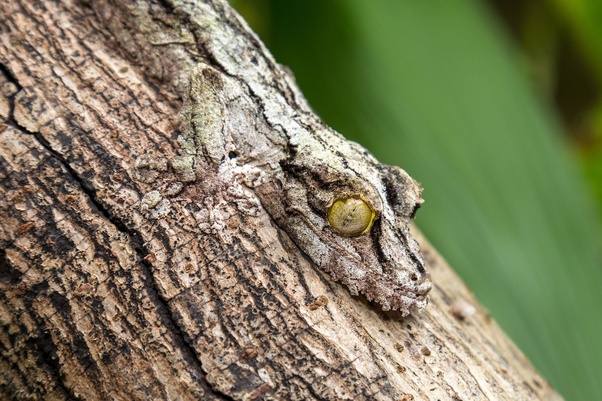 Many animals use camouflage to avoid predators or sneak up on prey. This lizard blends in almost perfectly and with its creepy yellow eyes it makes me glad that I’m too big to be on the menu. 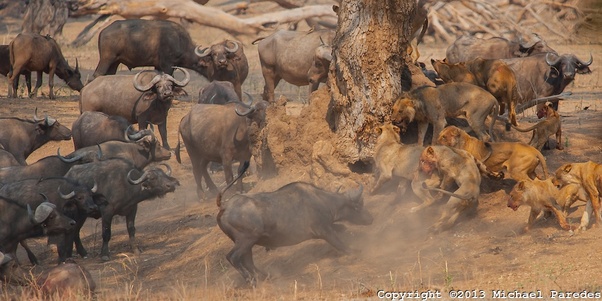 I think this battle between a buffalo herd and a lion pride shows just how frightening both animals can be. I would be terrified to run into either animal. 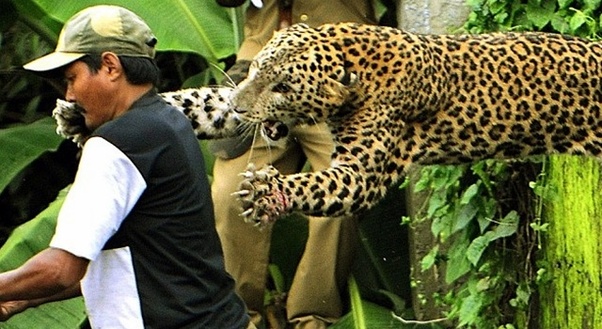 I feel like we humans are the most afraid of animals that can hurt us and this image shows just how dangerous the streets of some Indian cities can be. With leopards on the prowl in cities, I would be mighty scared to live in one. Notice how the man still doesn’t know that he is under attack! Scary… 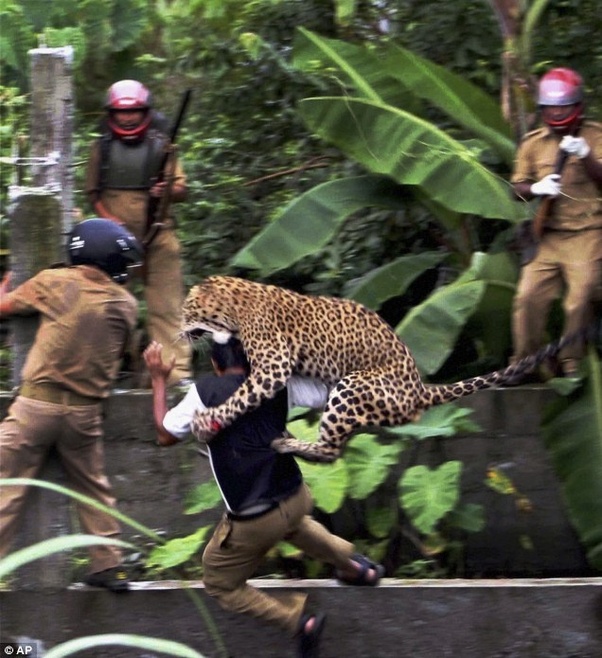 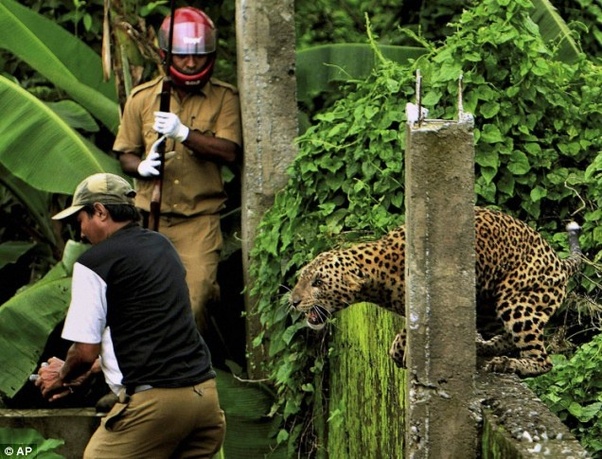