Idi Amin came to power in 1971 after overthrowing the government of Milton Obote, the president who had presided over Uganda’s independence from British colonial rule.

Source: ‘The State of Africa’ by Martin Meredith 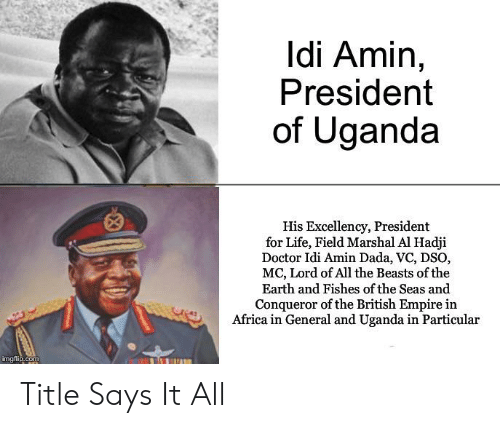