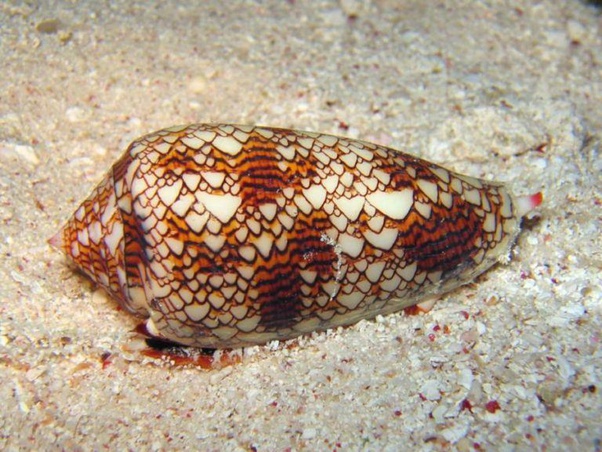 Look at that beautiful shell, covered in pretty patterns! Don’t you just want to pick it up?

If you do, you’re as good as dead. They have a venomous, stinging tongue that stretches far enough to strike you no matter where you hold it from. A few microliters of cone snail toxin is powerful enough to kill 10 people, and the worst part? The stinger is full of painkillers so you won’t even realize you’ve been stung.

Luckily they don’t have a high human kill-count… but the few people they do kill? Never see it coming. 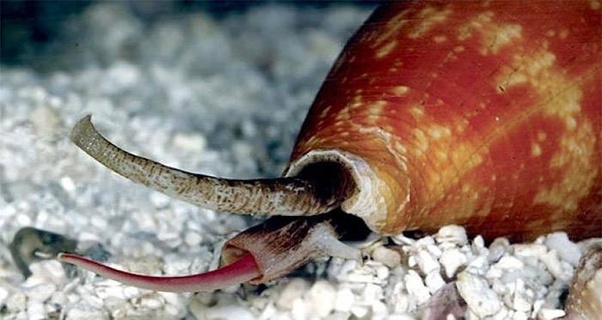 Note: there are over 500 species of cone snail, and most aren’t deadly to humans… only about 10 species could kill you. But a Geography Cone Snail? It has a complex cocktail of over 100 toxins, and there’s no antivenin for it. The best they can do is keep you alive at the hospital (if you make it there in 15 minutes) until the venoms have worked their way through your body… which is PAINFUL. The sting might be painless, but this is a horrible way to die. 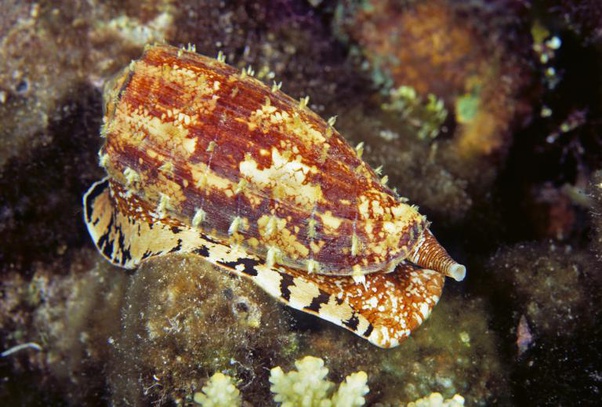 Credits: Why This Innocent-Looking Snail Is One Of The Ocean’s Deadliest Creatures