Claude Van Damme In the early 90’s was the most flexible fighter (and ballet dancer) and  one of the biggest Hollywood stars. Every movie he was in was successful.

Read Also: Checkout Other Animal Species That Can Crossbreed Besides Tigers And Lions

He got 6 million Euros for Street Fighter, his biggest cache so far. He knew he was a valuable asset, in his own words “I’m not an actor, I’m a brand”. It’s true, even in the Volvo stunt we all know his split, but even his brand had a limit, so what happened then?

“Columbia offered him a three-film contract for 30 million euros. Van Damme asked for 50. He wanted to match the then highest-paid actor in the world, Jim Carrey. “I was recording film after film, without stopping promoting them. I was tired. Everything he did was profitable. Jim Carrey was getting a fortune, so I wanted to raise the stakes. What an idiot. They put me on a black list and my career is over” he would admit years later to the British newspaper The Guardian.” 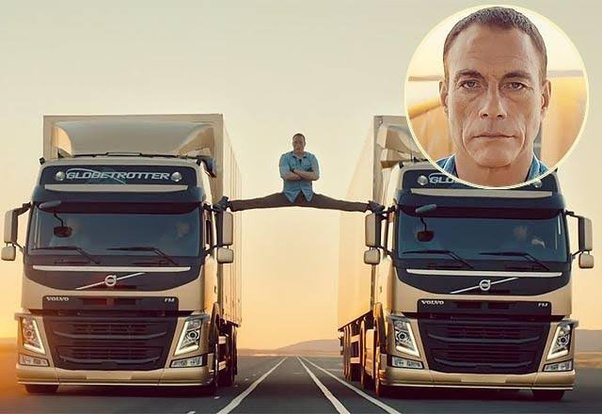 He became world famous with the movie “Bloodsport” (some countries translated it as “the great white dragon”), with epic scenes and all the Van Damme signature movements, his career reached it’s peak in 94 and from that, it just went South. He said he was snoring 10 grams of cocaine per day, his life was full of excess, parties, sex, drugs, he was living his dream and came the downfall, fights, getting divorced, terrible movies and so on.

After a few years ostracized he started to have some kind of appeal again, maybe is just nostalgia, but yeah, he haven’t lost only a role in a movie, he lost a lot of movies because he demanded too much and Hollywood is not forgiving.